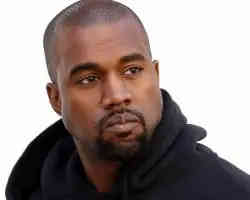 Just two months after his previous ban, American rapper Kanye West has been suspended from Twitter after being accused of “inciting violence” due to critical tweets.

In a series of erratic tweets, West, also known as Ye on the Elon Musk-owned microblogging platform, appeared to combine a Jewish star and a swastika.

Musk tweeted that West had “violated our rule against inciting violence.”

Also Read: See How Much Kanye west looses in a Day over Hate Speech

West praised Nazi leader Adolf Hitler and rant about sin, pornography, and the devil while wearing a mask during an interview with American conspiracy theorist Alex Jones on Thursday.

Adidas severed its relationship with rapper Kanye West after he made a string of anti-Semitic and racist comments in recent months.

Both websites removed West’s posts after they claimed he had broken their hate speech guidelines when he claimed rapper Diddy was under the control of Jews.