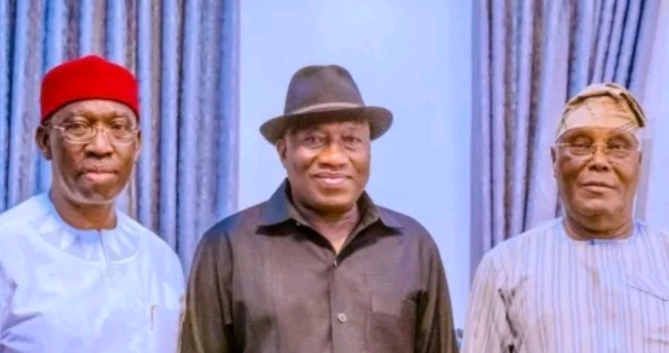 Okowa, who is also the governor of Delta State, announced this on Friday in a tweet on his verified social media accounts.

Okowa said the conversation with Jonathan was focused on how to unseat the All Progressives Congress, or APC, through the 2023 elections as he shared images from the event.

He wrote, “Last night, alongside our Presidential Candidate, Alhaji Atiku Abubakar, we had a great meeting with our former President, H.E. Goodluck Jonathan. There, we discussed our plans to #RecoverNigeria with His Excellency”.

Recall that there has been speculation that Goodluck Jonathan has been asked to dialogue with aggrieved members of the party who have insisted on the resignation of the PDP national chairman, Iyorchia Ayu.