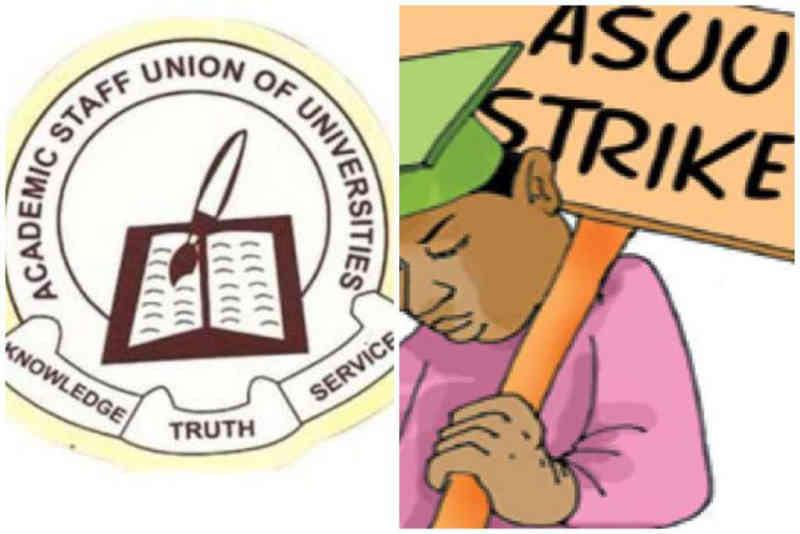 The Academic Staff Union of Universities, ASUU, Federal University of Technology Minna, Chapter, has issued warning to the Federal Government not to treat its members as casual workers.

The Chairman of the union, Gbolahan Bolarin, who made this known during a protest in Minna on Friday, described the payment of half salaries to university lecturers as demeaning.

“Our members were paid for the number of days they had worked and this is unfortunate and demeaning to us,” Bolarin said.

“FUT Minna has resolved to reject in totality the reduction of Nigerian scholars to casual workers and attempts by the minister of labor and employment to destroy our public universities under any guise. We will not allow Chris Ngige to ridicule us because Nigerian lecturers are among the best in the world,” he added.

Speaking further, he noted that the half salary paid to lectures was an insult to academia, and Nigeria.

Bolarin said the Federal Government was pushing lecturers to a point where the aggression would be shifted to innocent students, adding that the union would do everything to resist the plans of the government.

Also speaking, the President of the Students Union Government at the university, Shuaib Yahaya, said, “The survival of the Nigerian university system is not only the responsibility of the lecturers but the students and everyone.”

He said the SUG joined the protest to show support for the lectures and was willing to go to any extent to ensure that their lecturers were treated better.

“Whatever decision ASUU takes, we are in support and we will follow them and shut down any place. The government should get ready to kill all of us,” he added.

Meanwhile, lecturers at the Federal University, Lafia, Nasarawa State, have called for the immediate sack of the Minister of Labour and Employment, Dr Chris Ngige.

Speaking during a demonstration, the Chairman of ASUU in the institution, Adam Abdullahi, said, “The reason for this protest is to tell the Federal Government to sack the Minister of Labour and Employment, Chris Ngige, for his handling of the ASUU strike and the effect of that strike on the Nigerian educational system.

“The protest is also to tell the FG to pay us our withheld salaries. The Minister of Education has also failed. They paid us pro rata and we are not casual workers. Pro rata (payment) is the casualisation of the university workforce, and we are saying no to this.

The government should listen to our demands and grant our requests. The demands that we put on the table before the strike are still on; none of them have been met.

“Anytime it was due for the government to pay, instead of paying, they create an emergency and we are saying no to this. So because of all these, academic activities in the institution will be grounded for today (Friday) and we may continue if nothing is done about our demands.”

One of the students of the university, Muhammed Musa, who spoke on behalf of others, expressed concern about the lingering crisis between the government and ASUU and appealed to the two parties to resolve the issues to enable the students to continue their studies without any hitches.