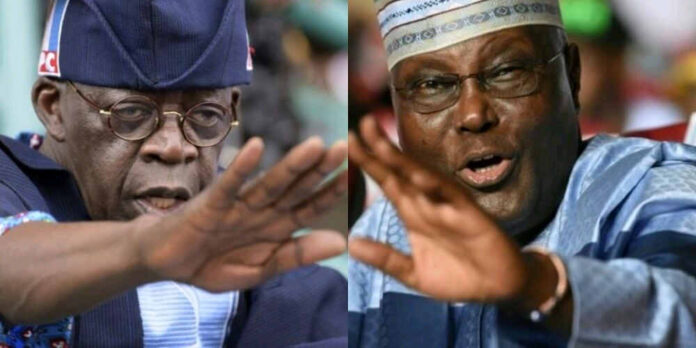 Atiku Abubakar has attacked APC over rejection of BVAS and IReV

The Atiku/Okowa Presidential Campaign Organisation says that the rejection of electronic transmission of results through the Bimodal Voter Accreditation System (BVAS) and INEC Election Result Viewing portal (IReV) by the All Progressives Congress (APC) confirms that the APC and its Presidential Candidate, Asiwaju Ahmed Bola Tinubu, do not have genuine followership among Nigerians ahead of the 2023 elections.

The Atiku Campaign maintains that the APC has realized that given its mass failures across the spectrum of our polity, it does not enjoy the support of Nigerians and as such is scared of any process that will deliver a credible balloting in the elections.

APC’s mortal fear of mass rejection at the polls is directly behind its unnecessary tantrums against the electronic transmission of results.

It is abundantly clear that the APC’s plan is to return our electoral process to the days of mass rigging through the use Incidence Forms, ballot box snatching, ballot stuffing and other electoral malpractices.

Having become frustrated because of the introduction of technology to improve the electoral process, the APC is seeking ways to manipulate the elections to enable it to re-enact the horrible electoral seasons of its devious act of holding electoral officers by their jugulars and forcing them to write results for APC candidates.

The APC will desire to deploy the use of armed helicopters in order to chase away Nigerians from their polling stations so as to write results and force same on INEC officials.

The Atiku/Okowa Campaign urges Nigerians to remain vigilant on the decision reached by INEC to promote the integrity of our electoral process.

The only option left for the APC is to accept the reality of its rejection and quietly fizzle away from our political firmament.

After all, the APC has since lost the statutory integrity to field candidates in the 2023 general elections due to its illegal and unconstitutional congresses.

2023: PDP Presidential Candidate, Atiku Defeat Tinubu, Others To Leads In North-West And North-East

Gov Yahaya Bello Bans Brothels, Use of Face Mask in Kogi, See Why