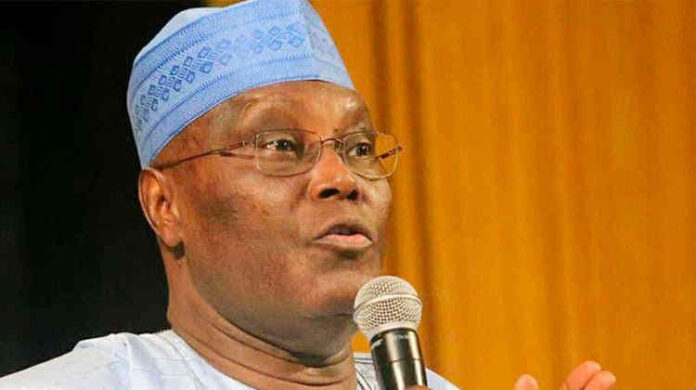 Alhaji Atiku Abubakar has opened up about his purported withdrawal from 2023 Presidential race.

Paul Ibe, a media aide to Alhaji Atiku Abubakar, the presidential candidate of the Peoples Democratic Party (PDP), has stated that his boss does not intend to withdraw from the campaign for president in 2023.

Punchnewsng.com gathered that a person on Twitter by the name of Cousin Ray claimed that a source close to the former vice-president stated that he was becoming increasingly upset by the supposed lack of momentum in his campaign and the crisis that was rocking the party.

In response to that assertion, however, Ibe accused the All Progressives Congress (APC), which is currently in power, of spreading lies about his principal.

“It is possible that we are going to have to look into what those people are smoking and what drugs they are consuming.

I can give you my word that whatever problems we are facing in the PDP will be remedied because those problems are getting attention right now.

Ibe is quoted to have said that in the meantime, “the campaigns have begun on the roads.”

Atiku, who is 75 years old, is considered to be one of the leading candidates for the race in 2023.

This will be his fifth attempt at running for president of the Federal Republic of Nigeria..