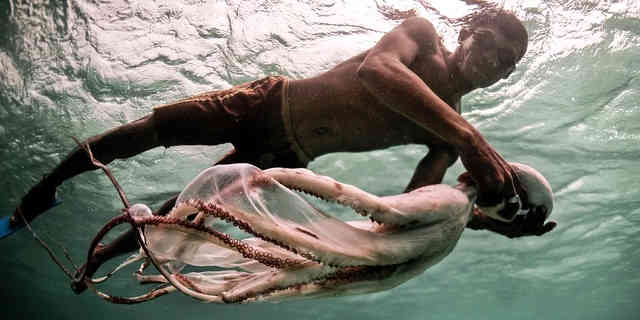 Bajau people spend most of their lives underwater, here’s how they survive

This online Newspaper gathered that most of the Bajau people are Muslim.

Despite not having a citizenship, the Bajau people is estimated to exceed one million and is dispersed throughout the southern Philippines, Indonesia, and Malaysia.

They rarely set foot on dry land because they live on houseboats and travel the South East Asian rivers.

The Bajau people are described as sea nomads.

Bajau Population frequently only carry a speargun and specially made wooden goggles while spending up to five hours a day underwater, where they have complete control.

How the Bajau Population Survive living in Water 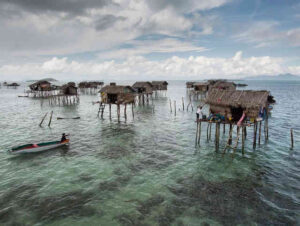 1).A genetic mutation affects them.

The Bajau population possess a gene mutation. In their closest neighbours, Saluans who do not live at sea, the Bajau lack the PDE10A gene and the BDKRB2 gene.

2). Their spleens are long.

One distinction is that the spleens of the Bajau people are twice as large as those of their Saluan counterparts.

Spleens have a role in the immune system and serve as blood filters by removing damaged red blood cells and recycling iron, despite the fact that they are not necessary for survival. But the spleen’s capacity to store blood is what matters most.

When an animal is submerged in water, its spleens contract, distributing the blood’s oxygen-rich reserve throughout the body. More oxygen is available when a swimmer has a larger spleen.

3). They have their eardrums pierced.

To accommodate their freediving lifestyle and deal with the intense water pressure below, some Bajau people get their eardrums pierced.

They will experience nausea and bleeding from the ears and nose if they do not do this. even though as they age, this may lead to hearing loss.

4). Their diaphragms are longer.

Their diaphragms enlarge, and the abdomen and lung walls also flex in order to survive living underwater.

Final Point on How the Bajau People Survive on Water

5). Vital organs receive more blood than their legs do.

Peripheral vasoconstriction is a diving reaction due to the defective gene. Due to their unique genetic makeup, the Bajau may be able to successfully tighten non-critical areas of their circulatory system.

This simply means that less blood is used in the areas like the legs and more blood is delivered to crucial organs like the heart, lungs, and brain, allowing for longer dives.

Amazing changes occur in a human body as a result of environmental adaptation.

Emefiele reveals why Naira will continue to Fall , says one ATM card scheme to...