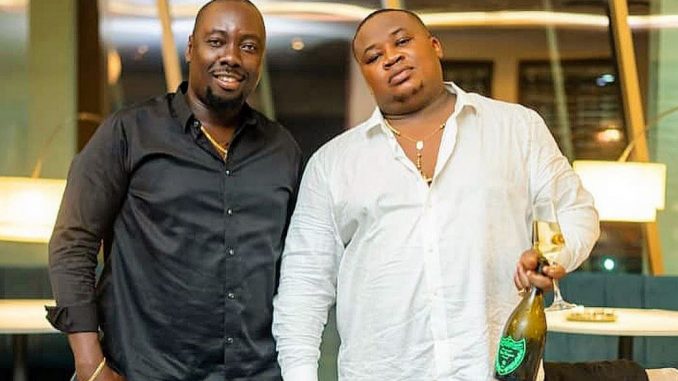 Kanayo, Dbanj Guests to the much-discussed burial included O. Kanayo, Alex Ekubo, E-Money, and a slew of other powerful Nigerians.

The funeral drew a big crowd of celebrities, businesses, including Nigerian socialite and Forbes-rated entrepreneur Sir Uyi Ogbebor, as well as many politicians.

Obi Cubana, who buried his mother in magnificent style, became a special issue among Nigerians after viral recordings showed a dazzling display of wealth in Oba, Anambra State, on Friday.

One of his buddies, Cubana Chief Priest, handed him 46 cows as well as various other gifts in a viral video.

Uyi Ogbebor was also seen in a viral video filling a suitcase full with Naira notes while waiting for the event to start properly.

In a viral list circulated on social media, Obi Cubana was reported to have received over N200 million from friends and associates, which News Online could not confirm.

The nightclub owner also reportedly spent $100,000 on a diamond chain with his late mother’s portrait inscribed on it.

The funeral services began on Thursday, July 15, 2021, with a song service and Christian wake at St Paul’s Anglican Church in Oba Anambra, followed by burial and reception the next day.

Guests were seen flinging wads of cash at each other in the air in one of the videos that went viral.

Kanayo O. Kanayo also shared a photo on Instagram showing bundles of N500 notes that he planned to spend during the celebration.

Several guests drenched Obi Cubana with 200, 500, and 1,000 naira notes in an apparent attempt to outdo one another during the burial.

On Friday night, the burial ritual was turned into a concert, with Davido and Kcee performing their hit song “Fem” in front of a large crowd.

The Federal Government of Nigeria, through the Central Bank of Nigeria, decried the rate at which Nigerians mutilate, deface, compress, and even spray and sell naira notes in June.

According to News Online, the apex bank has threatened that “abuse of the money will result in a punishment of not less than 6 months in prison or a fine of not less than N50,000, or both.”

Aladeen Badajo, Assistant Director of the Currency Operations Department, made the remarks on Thursday at the start of the CBN’s two-day sensitization exhibition in Abeokuta. The goal of the programme was to raise awareness of the organization’s work in relation to economic development initiatives.

According to the new CBN regulation, Obi Cubana, among other prominent figures who attended the burial, might face a six-month prison sentence or a fine of not less than N50,000, or both, for showering Nigeria’s official currency, the naira.