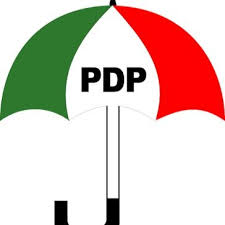 During the primary election, the PDP Chairman of Oredo Ward 5, Benin, Tunde Igbinoba, of Orbih’s group, was shot.

Many vehicles, including Sport Utility Vehicles (SUVs), were demolished outside an event centre near the gate of Benin Airport, the venue of Orbih’s faction’s primaries, by supporters of Governor Godwin Obaseki, who were enraged that Orbih’s group had the upper hand.

Many key stakeholders in the PDP in Edo boycotted Obaseki’s factional primary election, which was held at Samuel Ogbemudia Stadium in Benin. Instead, they went to Orbih’s faction’s primary.

Before being released, the journalists were accused of covering a “illegal” primary election and forced to submit statements.

He defeated incumbent Senator Mathew Uroghide, while Orbih’s faction chose Omoregie Ogbeide-Ihama, a member of the House of Representatives who represents the Oredo seat.

That is the latest Naija News Today on PDP Party chairman shot, journalists arrested in Edo