The passing of a singer and songwriter has once again caused the entertainment industry to enter a period of mourning, and this time it is widespread.

Gunmen who have not yet been identified are responsible for the death of Slami Ifeanyi, also known as the former Mr. Universe.

On Monday, November 28, it was reported that the incident took place in the Umubere neighbourhood of Awka, which is the capital of the state.

A friend expresses their sadness about Mr. Universe on social media.

Chijioke Okanmelu, a user of Facebook who shared the news on his page, stated that he is at a loss for words after hearing about Slami’s passing.

“Am Speechless When I Got The News Of Your Death IFEANYI, But Am Still Not Believe Yet Because This Is Not What We Discuss On The Phone Last Week, What Do You Want Your Dad And Your Mum To Do?” 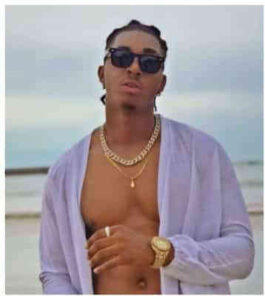 “Am Speechless When I Got The News Of Your Death IFEANYI. You Do not Even Remember Your Sister, Adanne, Who Left With You, Do You? I am Not Allowed to Question God.