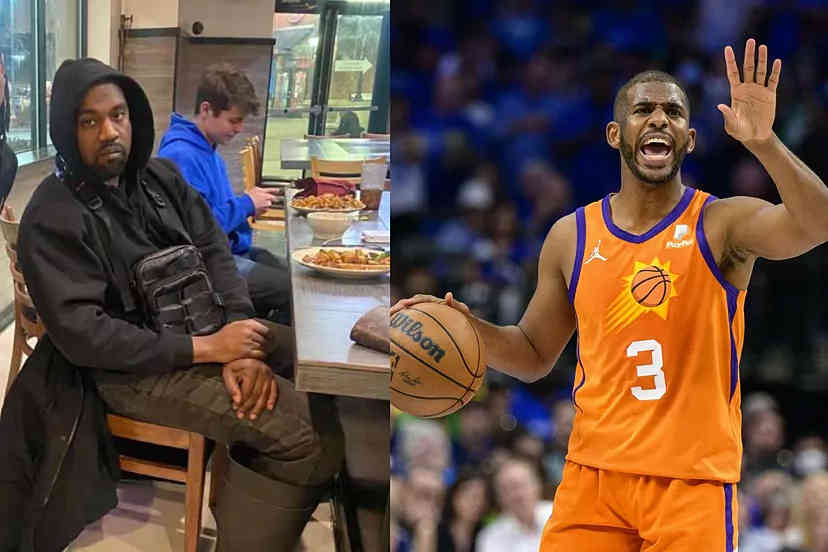 Chris Paul: Kanye West “signed off” for the evening yesterday from social media with a serious accusation as he continues to dig a deeper hole around his persona.

Ye shared a picture of a page with a headshot of NBA star Chris Paul in yet another bizarre social media post.

The caption once more astounded social media: “Before we leave, let us bust one more windows. I saw this guy with Kim. good night”

Despite the tweet’s partially cryptic nature, the implication was obvious: according to West, Chris Paul and Kim Kardashian have a past.

It is unclear if it happened recently or was an affair that took place while they were still married.

It is also unclear whether the accusation is true or false given Kanye West’s recent, more than apparent spiral.

bizarre tirade by Kanye West against Jews, Blacks, and the “red press”
Kanye ends an eventful day with the divisive post by appearing on InfoWars with Alex Jones and Nick Fuentes and literally saying he “likes Nazis” and openly praising Adolf Hitler.

NBA player Chris Paul is he married?
For NBA All-Star guard Chris Paul, who has been married to Jada Crawley since 2011, if West’s allegations are accurate, they would present a challenge. The couple also has two kids, Camryn Alexis Paul and Christopher Emmanuel Paul II.

The NBA player has not yet commented on the rumour that Kanye West chose to spread in the media. Kim Kardashian, Ye’s ex-wife, is in the same boat.