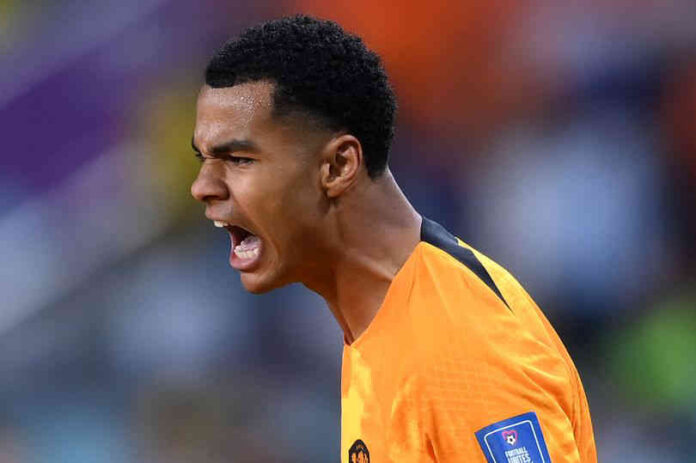 Following his second World Cup goal, Cody Gakpo of PSV and the Netherlands has drawn the ire of Arsenal supporters, who want their club to sign him.

Gakpo has long been a target for the Gunners, but a summer transfer was challenging to complete because the player wanted to play regular football to increase his chances of playing in the World Cup in Qatar.

In order to give Bukayo Saka some competition, Arsenal is reportedly eager to sign a new winger in the January transfer window.

Manchester United and Newcastle have expressed interest in the PSV star, and the Eredivisie team has set an asking price of £40 million for their gifted winger.

Gakpo has now netted five goals in as many games for the Netherlands, and Arsenal supporters are enthusiastic about the 23-year-old.

The brilliant long-range strike prompted @bennyTOHO to tweet: “What a strike Gakpo,” Posted by @aaron utd “Gakpo is a legend of a man. Take a look at that shooting style.”

In response to the goal, @ViceAndVirtues_ tweeted: “I need Cody Gakpo at Arsenal, he’s impressed me.” @TheArsenalWrap agreed with others and posted: “Sign Gakpo up what a player!”

The Netherlands, who are attempting to win Group A, took the lead after just 10 minutes when Gakpo drifted in from the left wing and fired a rocket of a shot past the Ecuadorian goalkeeper.

ABOUT US
Ejes Gist News is a trusted and registered online news platform, and you should only read news from people who know what they're talking about.
Contact us: [email protected]
FOLLOW US
© 2022 Ejes Gist Ng | Alright Reserved | Published by Ejes Gist Media Limited
MORE STORIES
Others News

Don’t Allow Any Man Use Handsomeness And Riches Deceive You, My Marriage Showed Me Pepper...