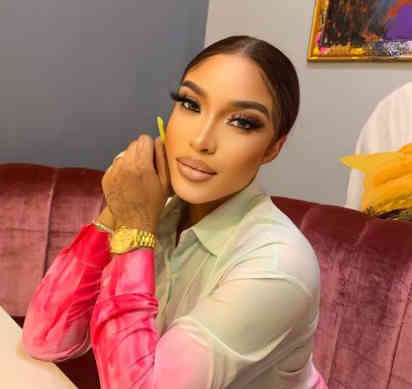 Controversial Nollywood actress, Tonto Dikeh reveals why she was arrested in Dubai

Controversial Nollywood actress Tonto Dikeh, has finally disclosed why she was jailed in Dubai.

In a recent battle with Bobrisky, the cross dresser claimed the actress was jailed in Dubai for using marijuana.

Tonto, on the other hand, took to her Instagram account to reiterate that she was not detained in Dubai for smoking marijuana.

She claims she was arrested in Dubai for unlawful filming and insulting a security officer.

“Education is very important in life; if Bobrisky had understood that pot smoking in Dubai is subject to 4/6 years in jail, if you like be the President’s daughter,” Tonto stated.

“In reality, the ruler of Dubai has his own daughter imprisoned for years for a smaller offence!”

“My altercation with Dubai authorities was videotaped and put on every blog in the country; fortunately, Dubai has public records on my case, which involved illegal filming and nasty statements to a security officer.” Get a life, Bobrisky.”

That is the latest Entertainment News Today on Controversial Nollywood actress, Tonto Dikeh reveals why she was arrested in Dubai.

10 Richest Actors In Nigeria and Their Net Worth (Recent Update)