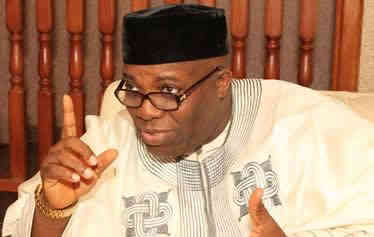 Following the expulsion of Doyin Okupe , the director general of the Peter Obi Presidential Campaign Council, and 10 other Labour Party members on Thursday due to allegations of “non-financial membership status, political rascality, and misappropriation of funds,” controversy has persisted.

At a conference held in Abeokuta on Thursday, the party’s leadership of the Ogun State Chapter announced the dismissal of the affected LP chieftains.

But only a short time after their firing, Julius Abure, the party’s national chairman, advised our correspondent to ignore the “fake news,” claiming that the state executives lacked the authority to remove Obi’s DG.

Doyin Okupe has been engaged in a conflict with the LP’s upper echelons and a few disgruntled National Working Committee members, many of whom assert that he has a history of financial dishonesty and intolerance.

Along with some purportedly ‘dissident’ party members he allegedly recruited from the Peoples Democratic Party, the former DG has also been charged with polarising the party.

Speaking to newsmen on Thursday, Michael Ashade, the chairman of the Ogun State LP, declared that Doyin Okupe and the affected members had violated the party’s charter.

Ashade, who was furious, revealed that Doyin Okupe was no longer a member because he failed to fulfil the constitutional requirements for membership and failed to account for a missing N20 million campaign fund.

The offences of Doyin Okupe and the expelled members, he continued, violated Articles 9(3) sub(iii) and 9(3)xi of the LP constitution.

The declaration said, “Despite numerous requests from meetings I had with Dr. Doyin Okupe regarding his necessary constitutional requirements to fulfil membership status, he has failed appallingly in this regard with some others to flagrantly disobey the Labour party’s constitution.

With his crop of political liabilities from the PDP who are only using the Labour Party to revive their irreparably dead political and financial lives and who have successfully stolen everything that is available in the LP, he has also polarised the party in Ogun State.

Therefore, in accordance with article 19(3) of the Labour Party’s constitution, we declare that Dr. Doyin Okupe is no longer qualified to serve as the DG of the Presidential Campaign Council because he has forfeited his membership in the party for failing to pay his dues for the last six months since joining.

We hereby inform our National Chairman, Julius Abure, and presidential candidate for the Labour Party, Peter Obi, that it is necessary to follow the Labour Party’s bylaws by appointing a new DG for the PCC right away. This new DG should be from the North in order to reflect federal characters and political balance.

“We challenge Doyin Okupe to provide proof of any prior membership dues payments made into any party bank account,” the statement reads.

The LP national chairman responded to the news of Doyin Okupe sacking by urging Nigerians to disregard it as fake news.

It is fake news, Abure said. A campaign DG may be suspended by a state chapter. They lack the authority. These thugs went to the All Progressives Congress to solicit donations. These allegedly doing this have no such authority. Their judgement is invalid.

But the party’s national publicity secretary, Abayomi Arabambi, showed no interest in their complaints and urged them to take their case to court.

Something that is widely reported in newspapers, on television, and on radio? Here, we are discussing the provisions of the Labour Party Constitution. We will appear in court to prove it if anyone wants to contest it, he said.

As of the time this report was submitted, attempts to get the fired DG’s reaction had failed. Doyin Okupe did not answer our correspondent’s calls or respond to the text message that was sent to his phone.

Thanks for using our platform to learn about the latest Naija News on LP chair, spokesman differ over Doyin Okupe ‘sacking’

ABOUT US
Ejes Gist News is a trusted and registered online news platform, and you should only read news from people who know what they're talking about.
Contact us: [email protected]
FOLLOW US
© 2022 Ejes Gist Ng | Alright Reserved | Published by Ejes Gist Media Limited
MORE STORIES
Entry Level Job Vacancies in Nigeria