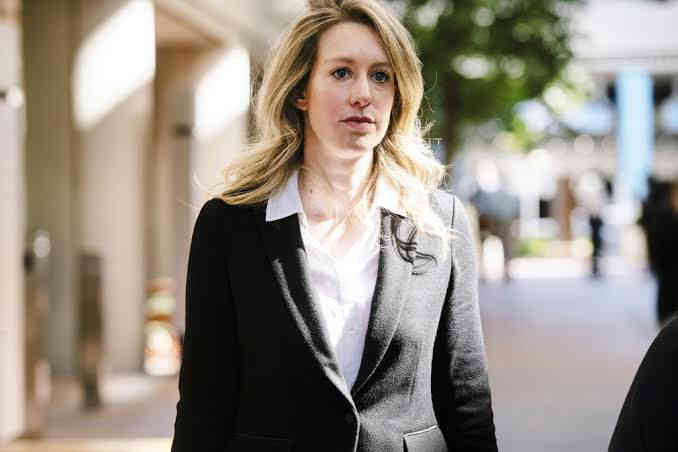 Elizabeth Holmes, the former CEO of the blood-testing startup Theranos, was sentenced to over 11 years in federal prison on Friday for her role in defrauding investors out of hundreds of millions of dollars.

Elizabeth Holmes, once considered a Silicon Valley prodigy, was ordered to begin serving her prison term on April 27, 2023, in a case described by U.S. District Judge Edward Davila as “worrisome on so many levels.”

Before Davila pronounced Holmes’s sentence, a sobbing Holmes stood up and directly addressed the judge.

“There are so many things I would do differently if I could go back in time. Every cell of my body regrets my shortcomings “Her voice trembled as she spoke.

Holmes’ defence attorneys had hoped for a short prison term or even home detention. Now 38 years old and expecting her second child, Holmes is scheduled to report to prison in five months. After her release, she will be under supervision for three years.

Before delivering his verdict, Davila stated, “The tragedy of this case is the brilliance of Ms. Holmes.” However, he concluded that she was motivated by avarice and greed to mislead investors into believing that her company was capable of accomplishing far more than she was aware of. He viewed her actions as representative of Silicon Valley at its worst.

Davila stated that the tech industry “finds financial and personal gain vectors that cloud the good judgement of individuals.” “Was there a moral compass malfunction? Was it arrogance? Was it the intoxication of fame? “Davila said of Holmes.

When Theranos was at its peak, Holmes and her then-boyfriend and No. 2 at Theranos, Ramesh “Sunny” Balwani, lived in a $15 million mansion. They were transported by private jet. Dinners were held at the White House.

The judge inquired, “Then what was it?” if Elizabeth Holmes wasn’t seeking a lavish lifestyle.

In one of the more unexpected moments of the hearing, Davila asked if any victims in the audience desired to speak. One man raised his hand. Alex Shultz, the son of former secretary of state George Shultz, was a member of the Theranos board.

In what appeared to be an impromptu speech, he stood before the judge and said that Holmes “took advantage of my father” and that she had “figured out his weakness.”

Alex Shultz stated that his son, Tyler Shultz, a former Theranos employee who became a key whistleblower, was followed by private investigators hired by Holmes.

The terrifying experience caused his son to begin sleeping with a knife under his pillow.

He stated, “It was a gruelling experience.” “Elizabeth Holmes desecrated my family home,” he stated.

Blood test promises that are too good to be true.

In January, a jury convicted Holmes of four counts of wire fraud for her role in deceiving investors about a purportedly revolutionary technology that could scan for hundreds of conditions using only a few drops of blood. Holmes, a Stanford dropout, claimed to have perfected a feat that laboratory scientists around the world have been attempting to achieve for years.

She attracted nearly $1 billion in investment on the premise that her proprietary blood-testing devices would revolutionise health care, but prosecutors argued during the trial that Elizabeth Holmes falsified test results, blatantly lied about the capabilities of her tests, and attempted to cover it up when whistleblowers and journalists began investigating what was going on at the company.

“She was aware that their investment in Theranos was based on a false premise,” prosecutor John Bostic told the judge on Friday. She was aware of the discrepancy between her presentation to investors and reality.

It is almost unheard of for a Silicon Valley executive to face criminal prosecution following a business failure. However, legal experts noted that the egregiousness of Holmes’ lies, the magnitude of the financial loss, and the fact that she operated in the highly-regulated health care industry made the Theranos case exceptional.

Nonetheless, Elizabeth Holmes‘ prosecution sparked debate in tech circles regarding the possibility of sexism, with some questioning why men who led tech startups that failed due to unfulfilled promises have never been charged with a crime.

However, there appears to be greater scrutiny of rapidly growing tech startups now.

The Justice Department is reportedly investigating the collapsed cryptocurrency exchange FTX. Its recent implosion wiped out former CEO Sam Bankman-$16 Fried’s billion fortune, which Bloomberg described as “one of the greatest destructions of wealth in history.”

Federal investigators are investigating the dissolution of the company, and legal experts are discussing the possibility of criminal charges.

Balwani, who was convicted in a separate trial for the same fraud scheme as Holmes, will be sentenced on December 7.

One Dead, many injured as hoodlums assault Lagos group