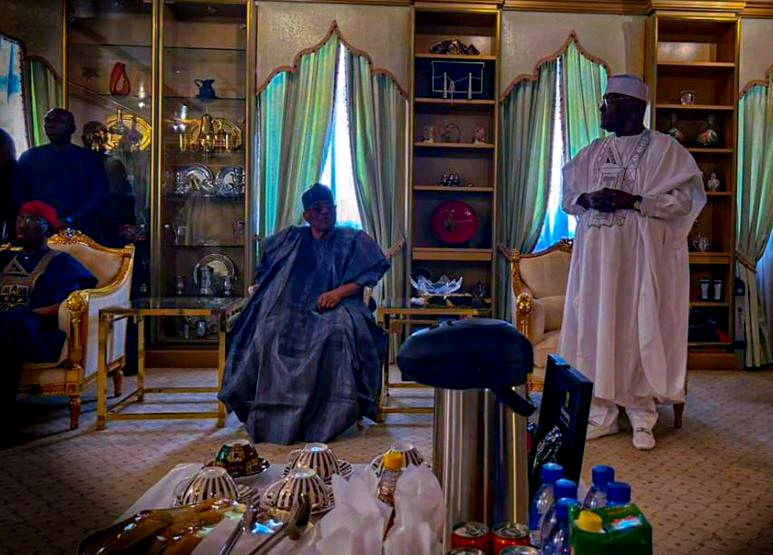 Ibrahim Babandiga has brought PDP crisis to an end

The indications have emerged that former military president, General Ibrahim Badamasi Babangida (IBB) (rtd) appears to have brought the crisis rocking the People Democratic Party (PDP) to an end.

The parley which appeared to be fruitful saw the PDP G5 Governors, led by the Governor of Rivers State, Nyesom Wike making fresh demands.

A party chieftain, who preferred anonymity, said the G5 has agreed to work for the presidential candidate of the party, Atiku Abubakar if their fresh demands would be acceded to, Punchnewsng reports.

Recall that members of the PDP G5 Governors, led by the Governor of Rivers State, Nyesom Wike, have been at loggerheads with Atiku after Wike failed to win the party’s presidential ticket.

Other members of the G5 are Governor Seyi Makinde of Oyo State, Samuel Ortom of Benue State, Okezie Ikpeazu of Abia State, and Ifeanyi Ugwuanyi of Enugu State.

The G5 were also unhappy that Atiku rejected Wike as a running mate and are demanding the resignation of Iyorchia Ayu as party Chairman, allegedly to reduce the dominance of the PDP by the North.

ABOUT US
Ejes Gist Ng brings you top Breaking News on National Issues, Politics, Sports and Entertainment. Get your news from people who know what they’re talking about.
Contact us: ejesgis[email protected]
FOLLOW US
© 2022 Ejes Gist Ng | Alright Reserved | Published by Ejes Gist Media Limited
MORE STORIES
Others News

UK warns citizens over planned Terrorists attack on US?