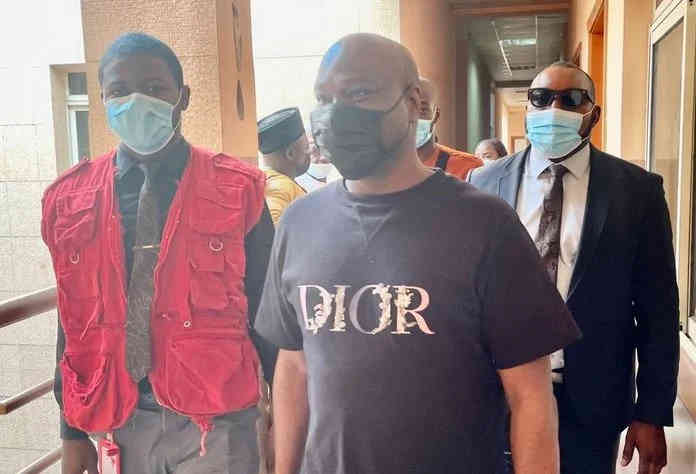 Ismaila Mustapha, often known as Mompha, is a popular social media celebrity has been proclaimed wanted by the Economic and Financial Crimes Commission.

Mompha’s trial for allegedly laundering N6 billion was put on hold before Justice Mojisola Dada of the Ikeja Special Offenses Court on June 30, 2022, due to Mompha’s absence.

Mustapha and his business, Ismalob Global Investment Ltd, were accused by the Economic and Financial Crimes Commission on eight counts relating to money laundering, conspiracy to launder money received through illicit activity, and laundering of money obtained through unlawful activity.

Other charges include failing to disclose assets, using assets obtained through illegal activity, possessing a document containing false pretenses, and keeping the proceeds of criminal activity.

A bench warrant for Mustapha’s arrest was issued by Justice Dada on June 22 as a result of his absence from court. Additionally, Dada nullified the defendant’s bail. On June 16, the social media star missed court.

However, the anti-graft organization claimed in a notice published on Wednesday and signed by its spokesperson Wilson Uwajaren that the troubled social media star was wanted for a crime.

The notice stated, “The Economic and Financial Crimes Commission (EFCC) is hereby notifying the public that ISMAILA MUSTAPHA, whose picture appears above, is wanted in connection with an alleged case of Retention of Proceeds of Criminal Conduct, Possession of Document Containing False Pretenses, False Asset Declaration, and Laundering of Proceeds of Unlawful Conduct.

Anyone with information about his whereabouts is asked to get in touch with the commission, which has offices in Benin, Kaduna, Ibadan, Sokoto, Gombe, Maiduguri, Makurdi, Enugu, Kano, Lagos, Gombe, Port Harcourt, and Abuja.