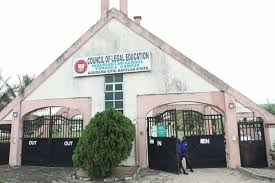 The Movement for the Survival of Izon Ethnic Nationality in the Niger Delta (MOSIEND) on Tuesday hailed Gov. Nyesom Wike of Rivers for committing N5 billion for infrastructure development in the Law School, Yenagoa

The News Agency of Nigeria (NAN) reports that on June 5, Wike committed the amount during the unveiling of construction of two hostel blocks and a 1,500-seat auditorium in the law school .

Kenedy Tonjo-West, National President MOSIEND, who was represented by Taribolou Ogboriyo, Chairman of Central zone gave the commendation in an interview with the News Agency of Nigeria (NAN).

”This is proof that Wike has a large heart and a lover of people of the Niger Delta across state boundaries.

“MOSIEND fully shares the ideals of Governor Wike who has developed infrastructure to a point where he is nicknamed Mr Project.

“MOSIEND is of the view that Gov. Wike has distinguished himself as the Spokesman of the Niger Delta haven shown this level of concern to bridge the infrastructure gap outside his home state,” he said.

On the constitution of the Niger Delta Development Commission (NDDC} board, MOSIEND noted that the issue was unnecessarily heating up the polity.

”The constitution of the board of NDDC is the responsibility of the President with advice of the Governors in the region.

“The importance of the appointment cannot be over emphasised, as it is the only prescribed legal body that can always be held accountable by the people of the Niger Delta”, he said.

NAN reports that Bayelsa was created out of Rivers in 1996.

Wike said he was motivated by the love for his people and education, adding that the projects were aimed at addressing infrastructure deficit in the institution.

NAN reports that the South-South campus of the Nigerian Law School Yenagoa, was established in 2011 with a total of 252 students.

The sprawling campus which is located at Agudama-Epie in the outskirts of Yenagoa the sprawling campus is equipped with the state of the art facilities including an auditorium, classrooms/ICT Library with 265 computers, clinic and giant 500kva plant among others to make learn conducive for the students.