Hoodlums in Osun State tore down billboards that promoted Bola Tinubu, the presidential candidate of the All Progressives Congress (APC), with 88 days left until the general elections in Nigeria in 2023.

According to the information gathered by this online newspaper, this allegedly took place exactly one day after Ademola Adeleke was sworn in as the new governor of the state.

Adeleke is a member of the Peoples Democratic Party, which is the principal opposition party (PDP). His predecessor, Gboyega Oyetola, is affiliated with the All Progressives Congress (APC).

In the meantime, Jimoh Babafemi, a chieftain of the APC, has predicted that the party will win the presidential election in 2023 by a landslide, based on the ‘accomplishments and leadership capacity’ of Tinubu.

In a recent conversation with journalists in Lagos, Babafemi shared these thoughts with them.

According to him, the support that the party was enjoying at the time was a pointer to its victory in the election that would take place in 2023. 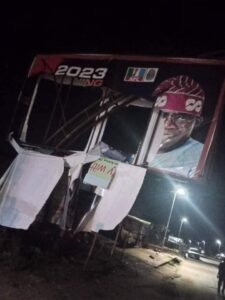 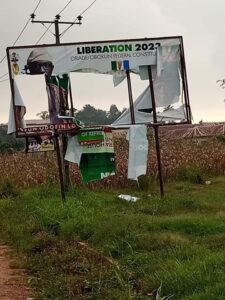