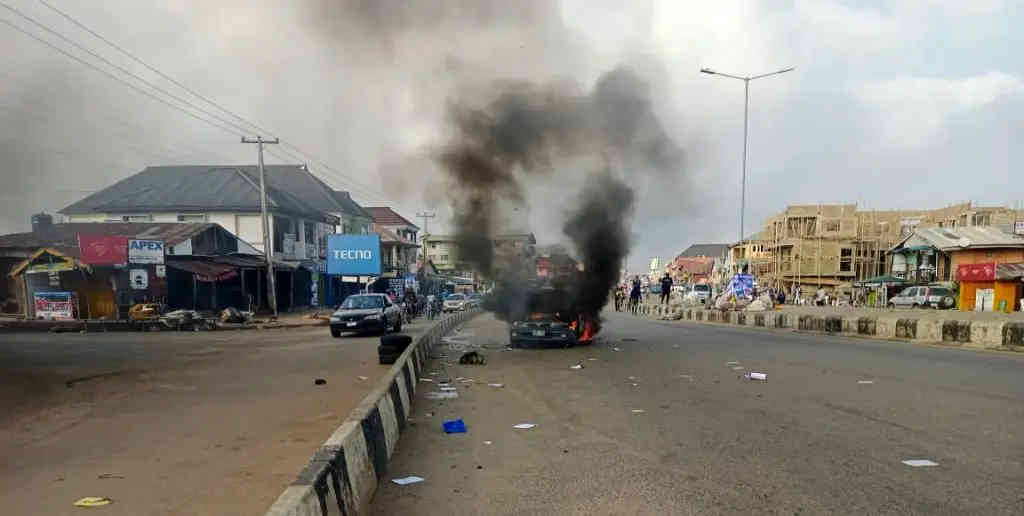 As hoodlums attacked various motor parks throughout the town on Monday morning, residents of Osogbo, the capital of Osun State, were shaken.

It was learned that members of the transport unions were attacked at the parks while the attacks were launched simultaneously at 8 a.m. at Oke-Baale, Old-Garage, Ilesa Garage, and Aregbe Garage.

Leaders who supported the recently ended state government led by the All Progressives Congress, or APC, dominated the parks.

Meanwhile the Former Governor of Osun State, Oyetola has reiterated that “We left N14 billion in Osun coffers”.

Gunshots could be heard all around as union members at Old-Garage were pursued from the park into the Ayetoro neighbourhood of the town.

With matchet cuts, one union member managed to flee at Ayetoro, but his car caught fire.

In an effort to stop the attacks from spreading, business owners quickly locked the doors to their establishments.

Additionally, union members were attacked in the Oke-Baale, Aregbe, and Ilesa garages.

In the meantime, Governor Ademola Adeleke issued a directive to union leaders to uphold peace in all parks and issued a warning against violence in a statement through his spokesperson, Olawale Rasheed.

“The Governor, Senator Ademola Adeleke, has directed security agencies to maintain the status quo throughout the motor parks and has issued a warning against violence among the State’s transport workers’ unions.

“All union leaders and members are hereby instructed to maintain composure and file any complaints with the state government for resolution.

It states that security agencies are directly responsible for preserving law and order.

Police officers have been posted in the state’s motor parks as well as other key locations.