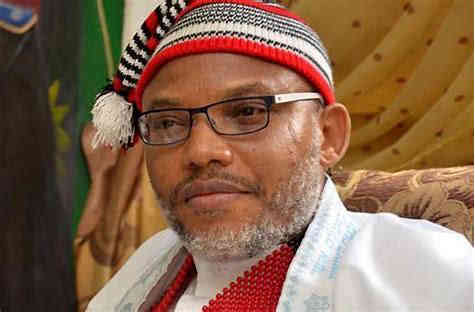 The Indigenous People of Biafra (IPOB) have explained the fulfilment of a prophecy made by their leader, Nnamdi Kanu, regarding the discovery of oil in the North.

Speaking on Friday, the group claimed that a prophecy made by its beleaguered leader, Mazi Nnamdi Kanu, was confirmed by the recent flag-off of crude oil and gas production from the Kolmani Integrated Development Project in the country’s north.

The Upper Benue Trough’s Gongola Basin, which is shared by the two northern states, is where the Kolmani Oil Prospecting Licences 809 and 810 are located.

However, in a statement released on Friday by its spokesperson, Emma Powerful, IPOB claimed that Kanu’s prophecy had been validated by the discovery and launch of the oil exploration.

The group that was outlawed claimed that with the discovery of oil in the North, the Nigerian government should authorize the actualization of Biafra.

He declared: “We, the Indigenous People of Biafra (IPOB) global movement and family, under the command and leadership of our great leader and prophet Mazi Nnamdi KANU, confirm the fulfilment of our leader’s prayers regarding oil discovery in the North.

He prayed for God Almighty Chukwu Okike Abiama to grant crude oil to the Northern Region of Nigeria in one of his historic broadcasts on Radio Biafra.

Large deposits of numerous solid minerals, many of which are more profitable than crude oil, are found in northern Nigeria.

But because of the oil in Biafraland, they are willing to do unthinkable things due to their thirst for it and their avaricious nature to conquer others. God Almighty Eze Chukwu Okike has resolved the age-old issue of unity that was brought on by crude oil in his infinite wisdom.

If they are sincere in resolving Nigeria’s issue, the discovery of crude oil in the North will undoubtedly end this forced unity. Biafrans have no interest in oil, either.

Powerful continued to argue that all they required was a favourable environment so they could conduct their business without worry about terrorists guarding the nation’s borders.

The IPOB spokesman said, “Can we all go our separate ways and mind our own businesses now that every component part of Nigeria has oil?”