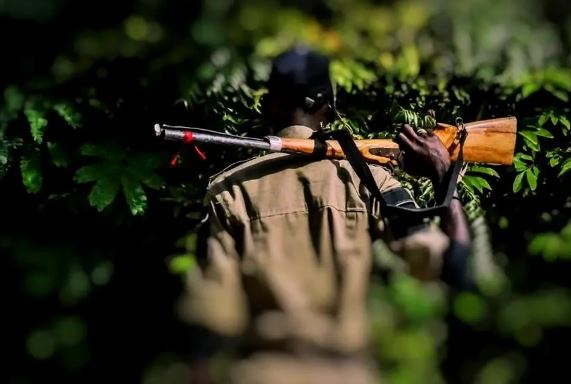 In Ondo town, Ondo State, Olubusade allegedly shot and killed Kehinde after mistaking him for an antelope.

After a hard day’s work, the victim was reportedly on his way to a river to take a bath when the hunter shot him.

According to a police source who spoke to Journalist, the suspect claimed to have been out hunting when he came across an antelope and fired at it.

But later, I noticed a man on the ground, so I hurried to the station to report it. I have no idea what transpired, the hunter said.

Detectives from the police department were called shortly after the unfortunate incident, and his remains were taken to the morgue.

“The incident happened right away, the police were informed, our detectives were dispatched to the scene, and the body was taken to the mortuary. The police source also stated that the suspect has been moved to State CID for additional investigation.

Security has been increased in the town as a result of allegations that some groups of people may attack in retaliation for the victim’s death.

Funmi Odunlami, a spokesperson for the State Police Command, confirmed the incident and added that an investigation was ongoing.

ABOUT US
Ejes Gist News is a trusted and registered online news platform, and you should only read news from people who know what they're talking about.
Contact us: [email protected]om
FOLLOW US
© 2022 Ejes Gist Ng | Alright Reserved | Published by Ejes Gist Media Limited
MORE STORIES
News in Nigeria