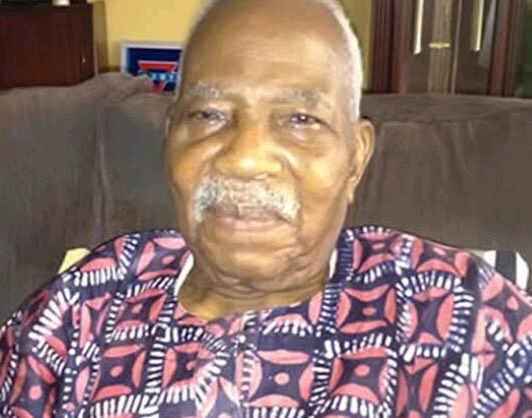 “I did not endorse Tinubu. He came with his people for prayers and as a father, I prayed for him. If Obi comes too, I will pray for him. It is not in my place to endorse anyone, that is exclusivity of the Afenifere, which I’m no longer the leader.”
~ Pa Reuben Fasoranti

South-West based socio-political group, Afenifere, has refuted claims that it endorsed former Lagos State governor, Bola Tinubu or any aspirant for the 2023 presidential election.

African examiner reports that the leader of South West Agenda, Prince Dayo Adeyeye, in a statement on Monday stated that the group had endorsed the candidate of the National Leader of the All Progressive Congress (APC) during a visit to Pa Reuben Fasoranti.

However, Afenifere in a statement by its Director of Communications, Sola Lawal on Monday refuted endorsing any candidate.

According to Lawal, the group is still mourning the death of its Publicity Secretary, Yinka Odumakin, saying that all engagements were also suspended in honour of the deceased”.

He stated that 96-year-old Pa Fasoranti had taken a “deserved rest when he formally handed over to Chief Ayo Adebanjo and the former couldn’t have spoken for Afenifere during their visit to his Akure home.

I Did Not Endorse Tinubu, He Came With His People For Prayers” — Pa Reuben Fasoranti