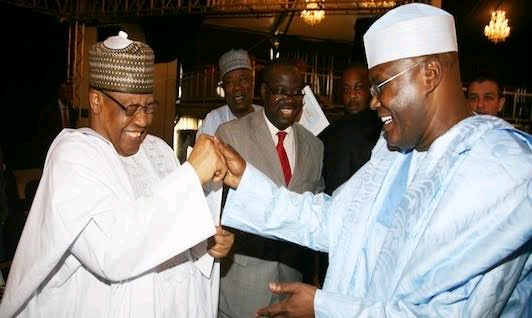 The flagbearer of the Peoples Democratic Party, PDP, for the 2023 presidential election, Atiku Abubakar says he is no longer bothered about the leadership crisis rocking the party.

Recall that the Rivers State Governor, Nyesom Wike and his Benue, Enugu, Abia and Oyo State counterparts, Samuel Ortom, Ifeanyi Ugwuanyi, Okezie Ikpeazu and Seyi Makinde, respectively, fell out with the presidential candidate over the demand for the resignation of the party’s National Chairman, Iyorchia Ayu.

Wike and the four other aggrieved governors had vowed that until Ayu quits his position as National Chairman of the party, they would withhold their support for Atiku in 2023.

Efforts by stakeholders of the party to restore normalcy proved abortive after a series of meetings with Wike failed to yield positive results.

Speaking on the matter, the former vice president in an interview with VOA Hausa, said he has moved on, stating that leadership change is currently impossible in the party.

“We are yet to resolve the matter. But we have moved on, I don’t have any worries about that anymore.

“And at this junction, it’s improper to talk about leadership change in the party while elections are fast approaching,” Atiku said.

I No Longer Bothered About The Leadership Crisis, We’ve Moved On — Atiku