Dr. Ifedayo Morayo Adetifa has been named the new Director-General of the Nigeria Centre for Disease Control ( NCDC) by President Muhammadu Buhari.

Chikwe Ihekweazu, who has been appointed to the World Health Organization, will be replaced by Adetifa

Here are eight things you probably didn’t know about the NCDC’s new boss. 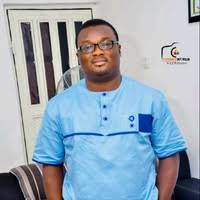 Adetifa earned his medical degree from the University of Ilorin in Kwara State and went on to the Lagos University Teaching Hospital for paediatrics and child health training.

Fellow of the West African College of Physicians and Paediatrics

In 2005, he was awarded the Fellowship of the West African College of Physicians in Paediatrics.

An epidemiologist with a Dutch education

The new NCDC director earned his MSC and PhD in Epidemiology from the University of Amsterdam in the Netherlands.

Until his scheduled appointment, Dr. Ifedayo Morayo Adetifa worked at the London School of Hygiene and Tropical Medicine as an Associate Professor of Infectious Diseases Epidemiology.

He received the MRC/DFID African Research Leader Fellowship in 2018. He is also a member of the Kenyan National Immunization Coordinating Committee and the Regional Immunisation Technical Advisory Group of the World Health Organization’s Africa Region (WHO-AFRO).

He worked as a Clinical Epidemiologist in Kiliufi, Kenya, for the KEMRI-Wellcome Trust Research Programme.