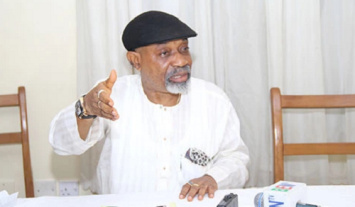 In Anambra state and its rural communities, people are attempting to protect their lives and property in the face of the nation’s pervasive insecurity.

The residents of Alor community in Idemili South Local Government Area, Anambra State, the hometown of Senator Chris Ngige, the current Minister of Labour and Employment, have swarmed their main thoroughfares and key locations with no less than 50 CCTV cameras as a significant step toward reducing insecurity in the area.

Alor is now one of the safest communities in the state as a result of the installation of the CCTV cameras, according to Chief Uzoma Igbonwa (Okife), President-General of the Alor Peoples’ Convention, APC, who made this announcement at their inaugural Ito-Ogbo Alor Kingdom cultural festival.

“Alor London is number one in security of lives and property,” claims Sir Igbonwa. All over the Alor community, there are 50 solar-powered CCTV cameras. We have a security control station where we use a television to watch Alor.

Igbonwa continued, “I can see what is happening at the streets of Alor from my IPAD anywhere I am,” flanked by Ngige, the traditional ruler of the Alor Kingdom, Igwe Collins Chukwumesili, their legal advisor, Bona Oraekwe Esq., Idis of Alor, and other town union executive members.

Security is a top priority. The government’s primary responsibility is to protect the lives and property of its citizens, but without assistance from the government, we are forced to turn to self-help, and we have already done a lot for the security of the Alor people.

Igbonwa further disclosed that Ito-Ogbo, which is a celebration of longevity/Octogenarians and Nonagenarians, would be held in the region every three years. He was also flanked by the Chairman of the Alor Age Grade Council (Chief Arc. Josef Emefo).

Thanks for using our platform to learn about the latest Naija News on Insecurity: Ngige’s Anambra Community Mounts 50 CCTV Cameras