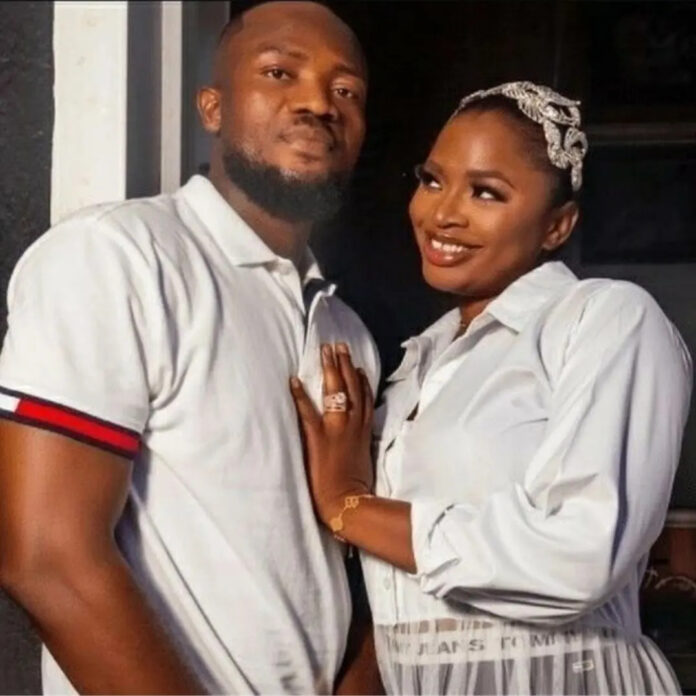 Ikechukwu Ogbonna, better known as IVD, who is a businessman has posted online suicidal threats.

After his wife Bimbo passed away under mysterious circumstances, he made suicidal threats against himself several weeks later.

Read Also: He did not slump; Sammie Okposo’s manager speaks on how the late singer died

In a post that was published on his Instagram Stories, IVD mentioned that it has been a month and a week since he last saw his children.

He claims that his life is meaningless now that he is separated from his wife and children and that he might as well end it all.

Also Read: Tinubu Mentality Questioned as he suffers another gaffe, asks Lagosians to “go and take your APV”

You may remember that Bimbo passed away in October of this year. Following years of alleged physical abuse within the relationship, IVD has been accused of being a complicit party in the death of his wife, Bimbo. 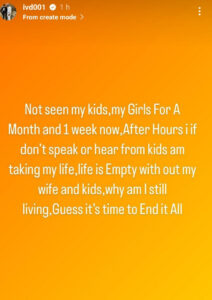 Thanks for using our platform to learn about the latest Naija News on Businessman, Ikechukwu Ogbonna aka IVD Threatens To take his life