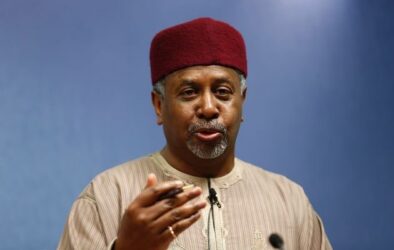 Former Finance Minister Bashir Yaguda and four others were re-arrested by the Economic and Financial Crimes Commission (EFCC) on Monday in an FCT high court in Maitama for suspected theft of N23.3 billion.

Former governor of Sokoto State, retired Col. Sambo Dasuki, Attahiru Bafarawa and his son, Sagir, and their company, Dalhatu Investment Limited, are among those charged.

They were charged with misappropriation and accepting fraudulent proceeds on 25 counts.

In 2015, the accused were first arraigned before Justice Peter Affen, who is currently a justice of the Court of Appeal.

They were later re-arrested in front of Justice Husseini Baba Yusuf, who is currently the FCT top justice, and Justice Yusuf Halilu.

Between 2013 and 2015, the EFCC accused them of diverting funds from the office of the national security adviser to fund an election campaign.

When the charges were read to the defendants, they all pleaded not guilty.

The defendants will be allowed to keep their bail conditions. Halilu set a trial date on June 30th and a hearing date of June 7th to hear Dasuki’s application.

Bafarawa’s lawyer, Lateef Fagbemi, SAN, had previously urged the court to allow the defendants to continue to be released on bond.

Mr Oluwaleke Atolagbe, counsel for the prosecution, said he would not object if the defendants were present in court for their trial.

Dasuki’s lawyer, Raji Ahmed, SAN, reminded the court of his client’s request to be permitted to fly overseas for medical treatment.

That is the latest Naija News today on EFCC re-arraigns Former Finance Minister, others over N23.3 Billion Fraud.