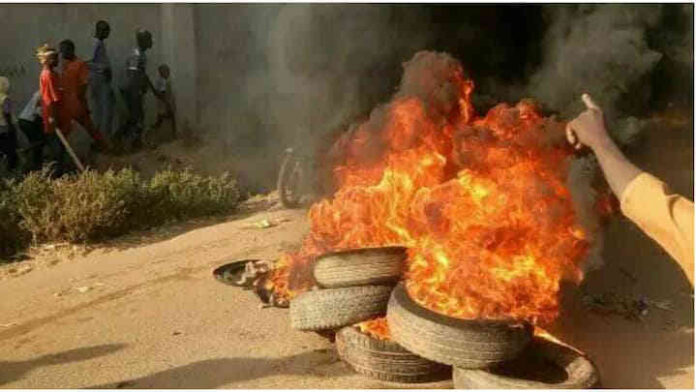 Riot in Katsina as bandits gun down DPO’s mother, brother

Residents of Danmusa Town, the administrative centre of Katsina State’s Danmusa Local Government Area, have expressed their profound sorrow over attacks on innocent people in the region.

In response to a recent attack in which a Divisional Police Officer’s (DPO) mother and brother perished, protesters took to the streets.

According to reports, the protesters set fire to several structures, including the home of a retired teacher who they claimed was a bandit is accomplice.

Although security personnel were said to have been sent to the area, it was also feared that the district head palace had been set on fire.

According to a source, despite a “peace deal” that existed between the community and the bandits, the victims were attacked and killed at their home in the early hours of Tuesday.

The local government chairman faked a peace agreement, allowing the bandits to enter the town, purchase whatever they wanted, and leave unharmed in exchange for their promise not to attack us.

That peace agreement, he continued, “is a scam; it did not stop them from kidnapping for ransom and even killing victims.”

A second resident, who pleaded anonymity, identified the victims as Usman Lawal Karzaje and their mother, the younger brother of the DPO of a police station in the Dutsi local government.

Before now, in spite of the peace agreement, they abducted Alhaji Rabe Mainadi. After demanding a ransom, they broke his arm, and he has not yet fully recovered.

“Secondly, they abducted Alhaji Mani’s son, demanded N10 million in ransom, and then killed the victim. These are only a few illustrations of the predicament we are in,” the source said.

At the time this report was filed, SP Gambo Isah, the Katsina police spokesperson, could not be reached for comment.

Thanks for using our platform to learn about the latest Naija News on Riot in Katsina as bandits gun down DPO’s mother, brother

ABOUT US
Ejes Gist News is a trusted and registered online news platform, and you should only read news from people who know what they're talking about.
Contact us: [email protected]
FOLLOW US
© 2022 Ejes Gist Ng | Alright Reserved | Published by Ejes Gist Media Limited
MORE STORIES
Jobs in Lagos