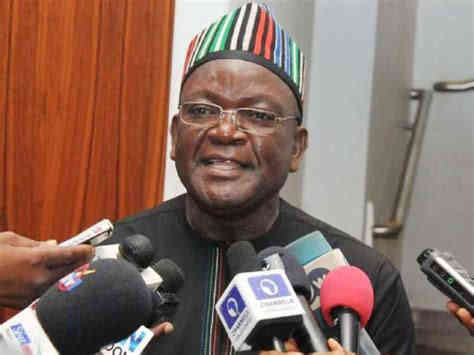 Benue State Governor Samuel Ortom stated on Saturday that the region of the South should ‘rightfully’ produce the country’s future leader.

Ortom is one of the five disgruntled governors of the Peoples Democratic Party (PDP), sometimes known as the G5.

Read Also: 2023: Wike, Makinde Likely To Stike A Deal With Tinubu, While Ortom, Ikpeazu and Ugwuanyi May Back Peter Obi

The governors and their allies have not yet reached a consensus with Atiku Abubakar, the party’s presidential candidate who was a Former vice president of Nigeria and a native of Adamawa State in northeastern Nigeria.

Ortom asserted that Governor Nyesom Wike, the Governor of Rivers State, ought to have been the president to follow President Muhammadu Buhari in 2023.

However, a few of us thought he was the best candidate to bring Nigerians together and assure justice, fairness, and equity.

To quote Ortom, “I want the people of Rivers State to work with our governor, Governor Wike, and at the end of the day, just like the G5, we will decide what we are going to do because Nigeria is in turmoil right now and we can only overcome our challenges when we do our best.”

Peter Obi of the Labour Party is the leading presidential candidate of Southern ancestry for the 2023 election.

Since the PDP crisis began in May, Obi, the former governor of Anambra State, has made many trips to Ortom in Benue State.

Gov Yahaya Bello Bans Brothels, Use of Face Mask in Kogi, See Why