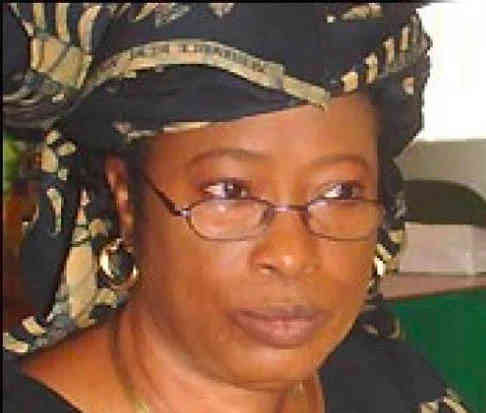 The Ette family has faulted the arrest of ex-Speaker Patricia Ette.

Patricia Etteh, a former Speaker of the House of Representatives, was arrested by the Economic and Financial Crimes Commission, according to her family.

In a statement signed by its representative, Femi Alabi, titled ‘Mrs Patricia Etteh’s detention: Putting the record straight,’ the family also blamed the EFCC for the ex-arrest. lawmaker’s

According to reports, the former speaker received N130 million from Phil Jin Project Limited, a company that was awarded a N240 million contract by the NDDC in 2011.

“We, the family of Mrs Patricia Etteh, strongly condemn the illegal detention of our matriarch by the Economic and Financial Crimes Commission on Tuesday,” the statement read.

“We want to put it on record that the former Speaker of the House of Representatives went to the Commission’s office to honour an invitation she received via SMS to clarify the contract issue involving Philjin Projects Ltd.

“To clear the air, Mrs Ibiene Wille-Harry, the Chief Executive Officer of Philjin Projects Ltd, a company under investigation, is, as far as we know, a longtime friend of Mrs Etteh.

“Their friendship is so strong that Mrs Etteh’s daughter stayed at Mrs Wille-house Harry’s until she graduated from university.”

“As a result of this closeness, Mrs Patricia Etteh provided constant financial assistance in the form of soft loans to Mrs Wille-Harry, allowing the latter to complete several projects.

“It is crystal clear that the basis of every transaction between Mrs Etteh and Mrs Wille-Harry during the EFCC’s timeframe was evidence of loan repayment.”

“Obviously, Mrs Patricia Etteh reserves the right, under her inalienable right, to instruct her debtor to make payment in any manner she deems desirable in light of her financial circumstances at the time, thus the directive to make payment into her personal and company accounts.”

In the event of any predetermined notion of fraud, there would not have been a directive to make payment into her personal account.

“Secondly, Mrs Patricia Etteh had nothing to do with any business transaction with Mrs Wille-Harry other than generous assistance on the basis of friendship, according to all indications.”

“However, the EFCC’s hasty assumption and infringement of her fundamental rights in labelling the said mutual transaction a ‘fraud’ is nothing more than a fallacy of hasty assumption.”

“To that end, we want to state unequivocally that this development has deeply disturbed and concerned us as a family because we are people of illustrious ancestry with an important family name to safeguard.”

“We can state categorically that Mrs Patricia Etteh has no involvement with any contract, as the commission has established that she is neither a director of the company nor a contractor.”

“Patricia Etteh is content and would never get involved in any shady deals, as per our family’s guiding philosophy.” She never solicited a contract while in office as an elected official.

“The purity of her personality had previously been established by appropriate authorities after she was wrongfully accused as Speaker of the House of Representatives, and her innocence was later declared without blemish.”

“We therefore strongly urge the Commission to focus its attention on the investigation of Philjin Projects Ltd, in order to determine the veracity of Mrs Etteh’s part as explained therein, as we demand her immediate and unconditional release based on her innocence and fundamental human rights.”

Sam Allardyce reacts to being relegated from Premier League