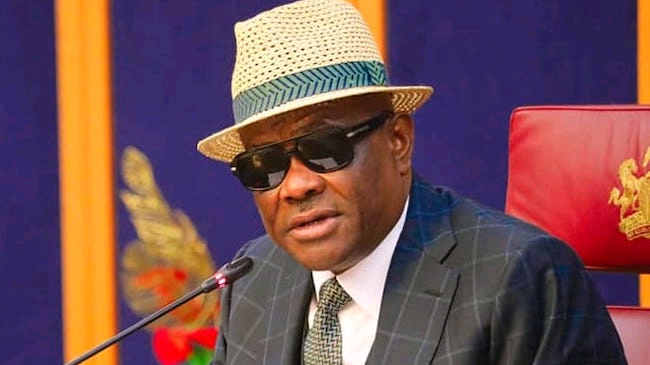 The Rivers State Governor, Nyesom Wike, on Wednesday described the aggrieved group in the Peoples Democratic Party (PDP) as the party’s bedrock.

Wike stated this when the aggrieved governors who came together under a G-5 group visited their Bauchi State counterpart, Bala Mohammed.

The visit followed reports on Muhammad’s plan to leave the PDP presidential campaign council over the rift in the party.

The Bauchi governor had since dismissed the reports and led a delegation to PDP presidential candidate, Atiku Abubakar, on Monday in Abuja.

Wike and his allies— Samuel Ortom (Benue), Seyi Makinde (Oyo), Ifeanyi Ugwuanyi (Enugu), and Okezie Ikpeazu (Abia)—have been at loggerheads with the party since the conclusion of its presidential primary in May.

The five governors pulled out of the PDP campaign activities to press home their demand for the resignation of the party’s national chairman, Iyorchia Ayu.

The quintet are pushing for a southern to replace Ayu as national chairman following the emergence of Abubakar, a Northerner, as the party’s presidential candidate at the primary election held in Abuja.

In his remark, Wike said the five governors’ demand for Ayu’s resignation was solely based on justice and fairness.

He insisted that they are still open to reconciliation ahead of the 2023 elections.

“All we are saying is, ‘Look, let the right thing be done.’ If the right thing is done, the whole country would know that the election is over. This G5 you are seeing is the bedrock of the party so we would not close the door for reconciliation; we are open to reconciliation any day, anytime.”