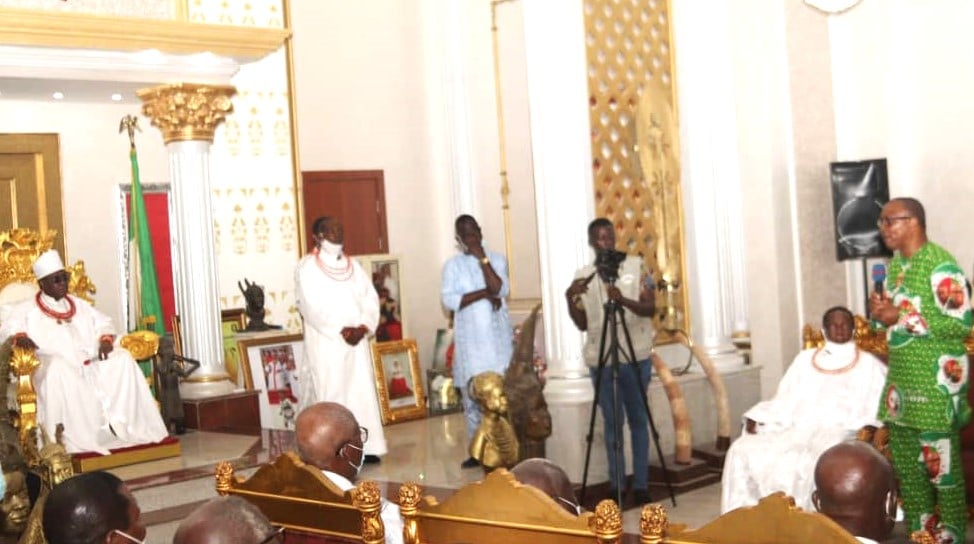 Peter Obi has been asked a very significant question by Oba Ewuare II, who is the Oba of Benin.

On Friday, the monarch questioned Peter Obi, the presidential candidate for the Labour Party (LP), about whether or not he would maintain his purity if he won the election in 2023.

The respected monarch warned Obi that serving as president would subject him to challenges despite the fact that his reputation had preceded him.

The Revered Oba of Benin, Oba Ewuare made these remarks when he welcomed Peter Obi and his running mate, Yusuf Baba-Ahmed, into his palace.

It is commonly believed that Obi’s popularity was limited to the realm of social media; nevertheless, the king stated that his results demonstrated that the support was widespread.

The traditional monarch of Benin further stated that the Benin throne has never been involved in politics and that this would not change in the foreseeable future.

Obi assured his followers at the Baptist Convention Ground that he was prepared to restructure the country.

The former governor of Anambra claimed that if he were to become President of Nigeria, the country’s citizens would no longer go to bed hungry.

“This is all about you” (the youths). We are going to reclaim this country with your help.

We will put an end to the practice of people robbing the national treasury. He made the promise that the Labour Party would put an end to nepotism.