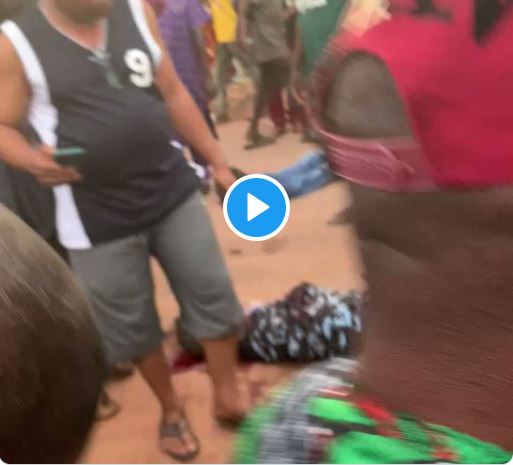 Some security insights have been provided on the recent attempted assassination of a frontline Edo-based cleric, Apostle Johnson Suleiman of the Omega Fire Ministries

The cleric was said to be heading to Edo State after a foreign trip to Tanzania when the gunmen opened fire on his convoy.

Six persons, including policemen and Suleman’s drivers were said to have been killed during the attack.

The cleric, who described the incident as an assassination attempt, alluded to “certain things” happening since 2017.

This appeared to be a reference to the various sex scandals involving him.

He was quoted as saying “Since 2017, there are certain things that have been happening that I have been quiet about. There are things people don’t know, even though one or two people, along the line, took advantage of that to just come out and say one or two things.”

Suleman further explained that he is speaking up because they’ve done a lot and discovered that he is still moving on and have now decided to make an attempt on his life.

In 2017, Suleman may have had multiple issues ranging from controversial preaching to political issues and a host of others

But one incident that was prominent was the issue of Stephanie Otobo, a Canadian based Nigerian singer, who accused the man of God of impregnating and dumping her.

She had also claimed that she had no knowledge the apostle was married because he concealed his marital status from her.

In a petition through her lawyer, Festus Keyamo, Otobo whose stage name is Kimora, alleged that the romantic affair began in Canada in the year 2015. She also accused Suleman of illegal procurement of abortion, threat to life, and attempted murder.

Otobo further released an image of Suleman in an alleged romantic chat with her, but the cleric denied and described the photograph as fake and photoshopped.

At one point, Stephanie made a u-turn and apologised to the pastor at his church, saying she was paid to defame the pastor

According to the Singer, some “very strong and powerful politicians and pastors” deceived her, and she succumbed to the manipulation because they told her it would help her career.

However, in 2022 Otobo returned with a fresh allegation that she went to apostle Suleman’s church to apologise under duress.

Otobo narrated that she was tired of the court processes and stress and also claimed that the cleric’s media aide, Phrank Shuaibu, had approached and promised her that the case would be settled if she made the open confession.

Apostle Suleman has been a fierce critic of the killings by suspected Fulani herdsmen in parts of the country.

He had also in the past instructed his security aides to kill any Fulani herdsman who comes around his church premises after he claimed that someone had informed him of the plot to attack his church.

Many have been killed in the past during clashes between the cattle-herding Fulani indigenes and some communities that practice a mix of farming and cattle rearing. The clashes are due to disputes centred around land use.

Again, in September 2022 the self acclaimed prophet was involved in yet another sex scandal.

Nollywood actress, Halima Abubakar admitted to having a sexual relationship with Apostle Suleman.

Halima opened up on her affair with the cleric after reports emerged on social media that Suleman had an affair with a host of Nigerian actresses including Georgina Onuoha, Queen Nwokoye, Shan George, and Vivian Metchie.

Suleman had in reaction to the viral post described the list as an unrealistic litany of names curated to bring him down, However in a surprising twist, Halima Abubakar took to her Instagram to call him out.

The actress who was subjected to heavy criticism claimed that she only agreed to date him at the time because he told her he had separated from his wife.

He, however, filed a suit through his lawyer, accusing the actress who is currently battling an undisclosed ailment of defamation, blackmail and publishing demeaning statements about him.

Shortly after she told the cleric that they will meet in court, the actress announced that she had quit acting to ‘rejuvenate and continue healing’.

The Apostle’s allegation that some persons were after his life may have been justified after he raised the alarm that one of the gunmen who attacked his convoy was killed by the police to cover up some people.

Suleman, while condemning the killing, slammed the police for killing the arrested prime suspect.

According to him, the suspect who was captured alive was hurriedly killed in order to frustrate investigation and erase all evidence that could lead to the arrest of his attackers.

But, in reaction, the Edo State Commissioner of Police, Abutu Yaro, directed the withdrawal of the Divisional Police Officer (DPO) of the Auchi Police Station, Ayodele Suleiman.

Yaro said the decision was taken to unravel the circumstances that led to the death of one of the surviving members of the gang.

However, sources say it is difficult to pinpoint the actual source of the attack on Apostle Suleman because of the multiple crises or battles he has engaged in the recent past.

Asked if Apostle Suleman’s public condemnation of the incessant killings by herdsmen across the country may have led to the assassination attempt on the cleric, an Abuja security expert, Dr. Abigail Uwanta, said the situation should not be completely seen that way.

According to her, “As a security monitoring expert, I will not look at it that way. Our major problem here in Nigeria is that cases are not being properly investigated to come to reasonable conclusions. Once something like this happens, we say thank God the victim survived and that’s it. Even the police and other security agencies would not take it upon themselves to get to the end of the matter. I think this is why people resort to speculation.

”In this particular case anything is possible. It could be terrorists, it could be someone who wants him out of the way. Him as an individual, it’s not everything he does that comes to public notice. Who knows where he goes and the people he meets there. He may have stepped on someone’s toes. That’s why I said anything is possible. It would be wrong but not totally out of place to link it to Fulani herdsmen.”

DAILY POST reports that as of the time of this report, the police are yet to make their findings public.

Peter Obi Reveals His Plan For IPOB, Other Agitators