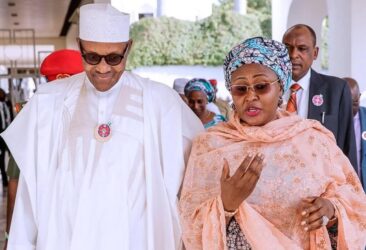 The Jigawa state police command has stated that they had nothing to do with the arrest of a 500-level student at the Federal University Duta.

According to reports, Aminu Azare, a student, was detained after accusing Aisha Buhari, the first lady of Nigeria, in a tweet of “eating poor people’s money”

The English text of the tweet, which was written in Hausa and featured a picture of the first lady, was as follows:

“Mama is full now because she has consumed the money of the poor.”

A backlash from Nigerians on social media followed reports that the student had been detained by Department of State Service (DSS) agents.

DSS has not responded, but other media outlets have reported that Azare was detained by the police.

“The arrest was not made by us. I must be informed before an arrest is made in my neighborhood, he reportedly said.

Beseeching forgiveness are the parents of a student who was detained for saying Aisha Buhari “ate poor people’s money.”

Early on, Azare’s parents pleaded with the first lady to pardon and free their son.

According to Shehu Baba-Azare, the arrested student’s uncle, the family was reportedly pleading with the president’s wife to pardon their son.

He claimed that until their son’s coworker informed them that he had not been seen for days five days after the arrest, the family was unaware of the arrest.

The uncle continued by stating that the family was in a state of disarray as a result of their son’s arrest.

Thanks for using our platform to learn about the latest Naija News on Aisha Buhari: “We didn’t make an arrest”: Police deny knowledge of student’s arrest