President Muhammadu Buhari on Friday, August 21st reappointedProf Ishaq Oloyede as Registrar/Chief Executive of the Joint Admissions and Matriculation Board (JAMB) for the second term of five years. 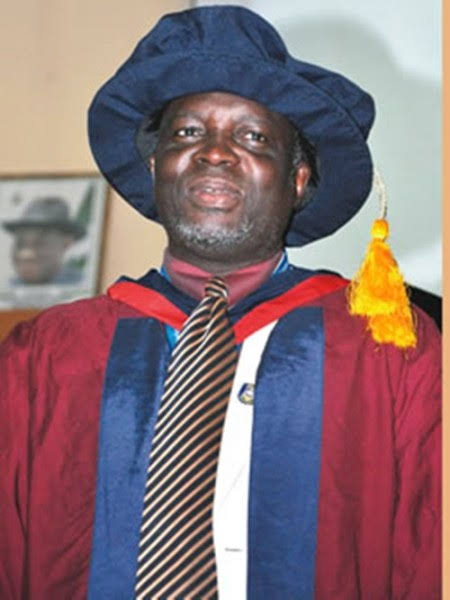 In 1978, he began his tertiary education at the University of Ilorin, where he studied Arabic and received a B.A. Arabic (First Class Hons) in 1981. In July 1982, he was hired as an Assistant Lecturer in the University’s Department of Religions.

Prof Ishaq Oloyede earned his doctorate in Islamic Studies from the University of Ilorin in 1991.

During his student years, Prof. Oloyede was awarded several scholarships and prizes, including the Arab League prize for the best final year Certificate student in Arabic and Islamic Studies in 1977 at the University of Ibadan; the Federal Government undergraduate merit award from 1979 to 1981; the Department of Religions Award, University of Ilorin, 1981; and the Faculty of Arts and Social Sciences Awa Award in 1982.

Prof. Oloyede is a member of numerous learned and professional societies and has attended several training programmes across the country. He is a fellow of the Islamic Academy of Cambridge in the United Kingdom; a fellow of the Academy of Entrepreneurship; a member of the Nigerian Association of Teachers of Arabic and Islamic Studies (NATAIS); and a member of the Editorial Board of the Centre for Islamic Legal Studies at Ahmadu Bello University in Zaria, to name a few. He served as National President of the Unilorin Alumni Association from 1995 to 1998 and had previously served as the Association’s first and second National Vice-President.

Prof Ishaq Oloyede was promoted to professor in 1995.

He previously served on the University Governing Council, the Students’ Disciplinary Committee, the Revenue Yielding Committee, the Honorary Degree and Monument Committee, the Strategic Planning Steering Committee, and the Capital Project Implementation Task Force, among other positions. He was the University’s Director of Academic Planning until his current position. President Olusegun Obasanjo appointed Prof. Oloyede as co-secretary of the National Political Reform Conference in 2005. In 2006, the National Universities Commission on Educational Reforms in Nigeria appointed him as a consultant. He was the Chairman of the University of Ilorin Holdings Ltd at one point, where he also served as Director of Unilorin Consultancy Services and other University-related businesses.

On the 15th of October 2007, he was elected Vice-Chancellor for a five-year term. Prof Is-haq Oloyede is the President of the Association of African Universities and the Executive Secretary of the National Inter-Religious Council (NIREC) (AAU).

He has published several articles in reputable local and international publications as an author or co-author. Prof. Oloyede is the father of four children and one grandson.

At the time of this report, Professor  Ishaq Oloyede Net Worth is not available, but he should be worth over $ 10,000 million.

Professor Is-haq Olarewaju Oloyede was appointed as the  Registrar/Chief Executive of the Joint Admissions and Matriculation Board (JAMB) for the second term of five years, on August 21st 2021.