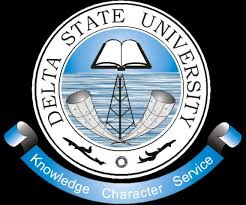 Ordinarily, I would not have responded, but for the importance of the subject matter and how emotional it is to me, hence this response.

It should be noted that the entire publication is a farce and too vexatious to be taken seriously.

Efe Kigho should be made to understand that one should not get himself involved in a matter he knows little or nothing about. Not to talk about making clarifications where he has no valid information and is not in the right position in the first place.

In his publication, he signed in a tripartite capacity.

The big question is, does it fall within the scope of his duty to make this baseless clarification in the first instance?

Has he taken over the responsibility of being the public relations officer for the university?

Maybe as a liaison officer, he should go back for a proper briefing on job specifications before jumping the gun and disgracing his employer.

On the other hand, his claim to be the President of the Oruarivie Youth Council and dishing out statements, whereas, if by God’s grace, youth activities have been reinstated in Ethiope East local government by the Hon. Ofobrukueta Victor-led Ethiope East local government council, then I’m the public relations officer who reserves the right to dish out press statements for the council.

It should be noted that the local government has not reinstated youth activities.

And if they do, it will be in public for all of us to see.

And in regards to him signing as Onoturede,
I’m confident that he does not even know his job specification and does not have a single piece of knowledge about the position he occupies.

Maybe he should go back to learn the functions of the Onoturede as enshrined in the Oruarivie Abraka tradition.

And I can confidently say that at his age, he’s not even qualified to hold such a position because the age grade does not conform to his age except that he wants to tell us that he’s thirty years old and below.

As a good student of history and a humble one for that matter, I do not wish to use my historical knowledge to bamboze my elders.

But in a situation where an elderly person chooses the wrong part to distort facts for selfish gain, I may have no other option than to spill the bitter truth to his face.

Efe Kigho should be told that as an indigent of Abraka, we all, including Akpos Mouthpiece Dolor, a one-time member of the Delsu SUG, whom he seeks to ridicule, are born into royalty and, as such, the trio of us are potential kings, if God permits.

That no matter how powerful he is, he does not have sole authority over another.

That the land he claims to own belongs to us all, and we all, except him, who’s fighting for his pocket by trying to ridicule another, want the overall best for the town.

In one of his phrases in his statement, he has taken to himself the right of an investigator by stating he has conducted an investigation into Mouthpiece, thereby relating Mouthpiece’s Facebook post in Urhobo Renaissance to my humble self and the highly respected and celebral Comr. Umukoro Efemena.

In regards to this, I’m afraid, for I do not know the kind of investigation he has done or what law of the land empowers him to carry out such investigations.

This is where relevant security authorities should step in.

That his request to the DSS, police, and other law enforcement agencies is correct.

That his activities on the 21st of February 2022 should be looked into as captured in the live video.

I, as an individual, only wanted to look past his excessive rascality, threats, and intimidation of February 21, 2022, but his subsequent actions and this press release show that he’s up to something else and must be looked into.

That the press release contains very serious threats that should not be overlooked by relevant security authorities.

Also, it should be noted that the peaceful demonstration that happened on February 21st had no direct or indirect involvement with Comr. Umukoro.

That the demonstration to reject the hike in fees across Delta was organised by Comr. Hon. Chris Marshall of the National Association of University Students in collaboration with THE CONCERNED citizens, myself and Comrade Precious Agberia Takufia.

If Efe Kigho has personal issues with Comr Umukoro Efemena Kelly, he should be brave enough to confront them head on, rather than attempt to conceal them under any guise in order to foment trouble and breed an unhealthy crisis.

Chioma Jasmine Okafor: Mr Ibu’s Daughter Ends Her Marriage With Her Husband After a Heartbreaking...