Rich Oganiru, a well-known Nollywood actor, has died. After an undisclosed illness, the Owerri-born actor, who has appeared in over 300 films, died on Tuesday, August 10, 2021.

Prior to his death, a video of Oganiru lying in his sick bed begging for financial help went viral on social media.

The caption on the post reads, “Please, everyone should reach out before he dies.”

Friends have taken to social media to express their sorrow over his death.

“Sunset at Noon on Tuesday, August 10th, 2021! Ahem… For years, I’ve been without a good friend who was like a brother to me, a great Nollywood actor par excellence. I’m at a loss for words. Amb. Rich Oganiru, may you rest in peace. Emstar Vees Ng wrote on Facebook, “Well, his sad demise reminds me of a song, “Celebrate me while I’m still alive!”

The Nollywood actor, who has appeared in a number of films, was arrested in 2012 for allegedly murdering his wife.

According to news reports at the time, Oganiru was arrested after a petition was filed by the family and relatives of his late wife, alleging that she was poisoned by the actor in order for him to inherit her fortune.

Mr. Oganiru has always maintained his innocence, claiming that he never killed his multimillionaire wife. 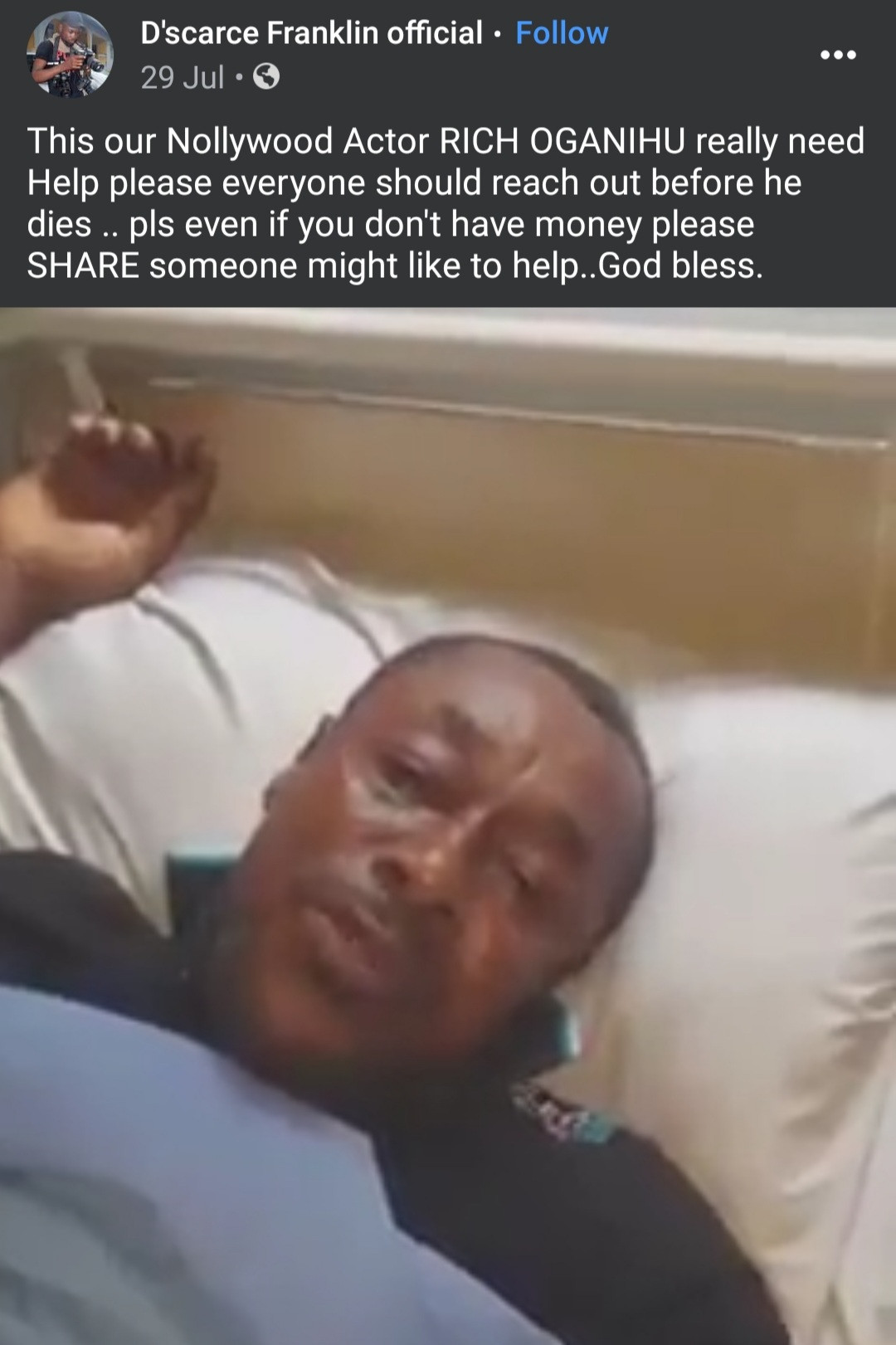 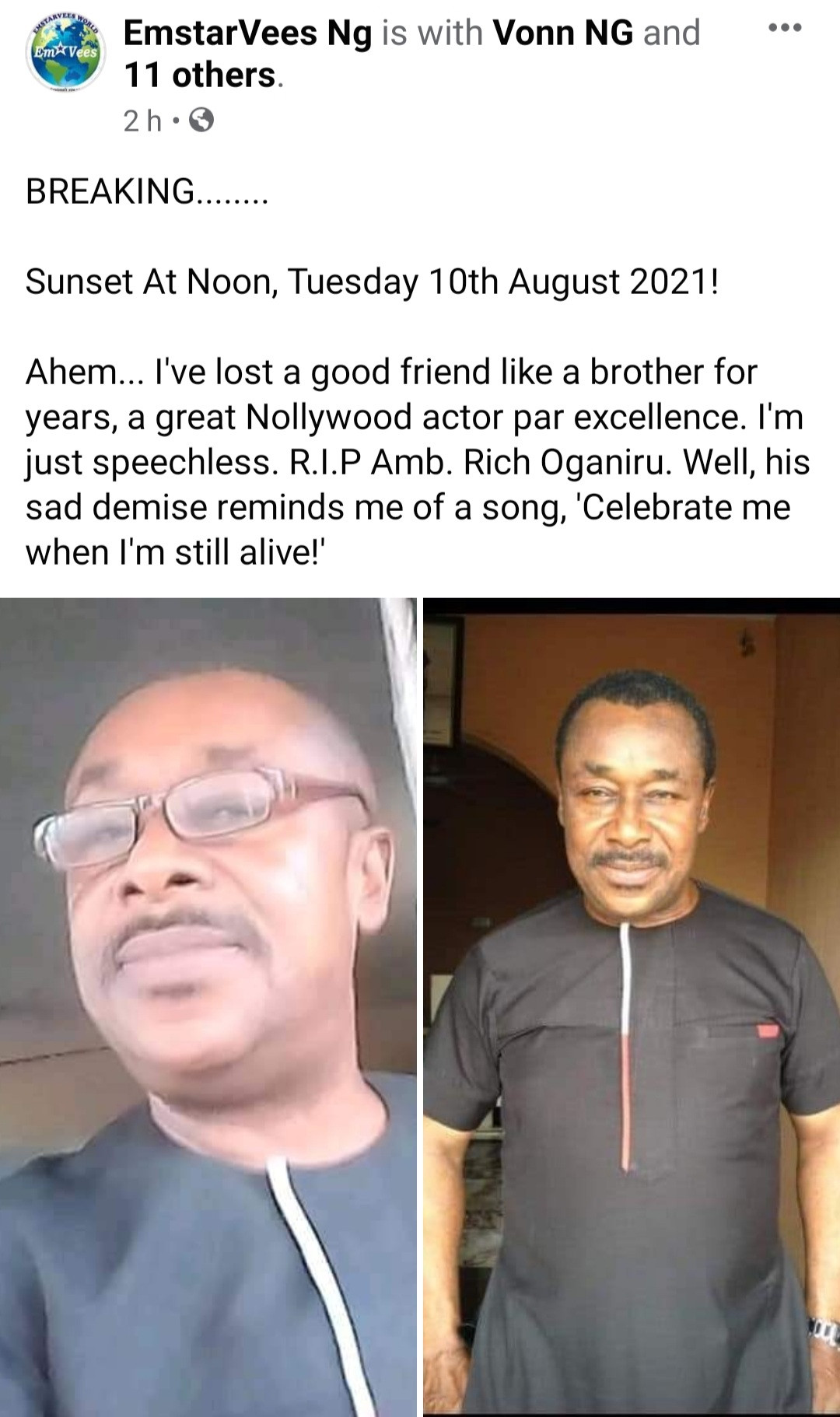 Back in 2012, the Nollywood actor, who starred in numerous movies, was arrested for allegedly murdering his wife. 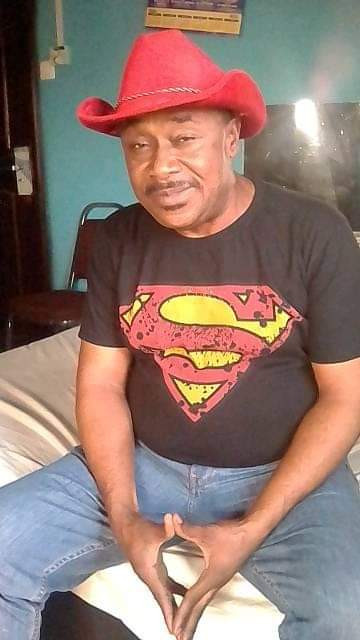 According to news reports at the time, Oganiru was arrested following a petition by family and relations of his late wife who claimed that she was poisoned by the actor so that he could acquire her wealth. 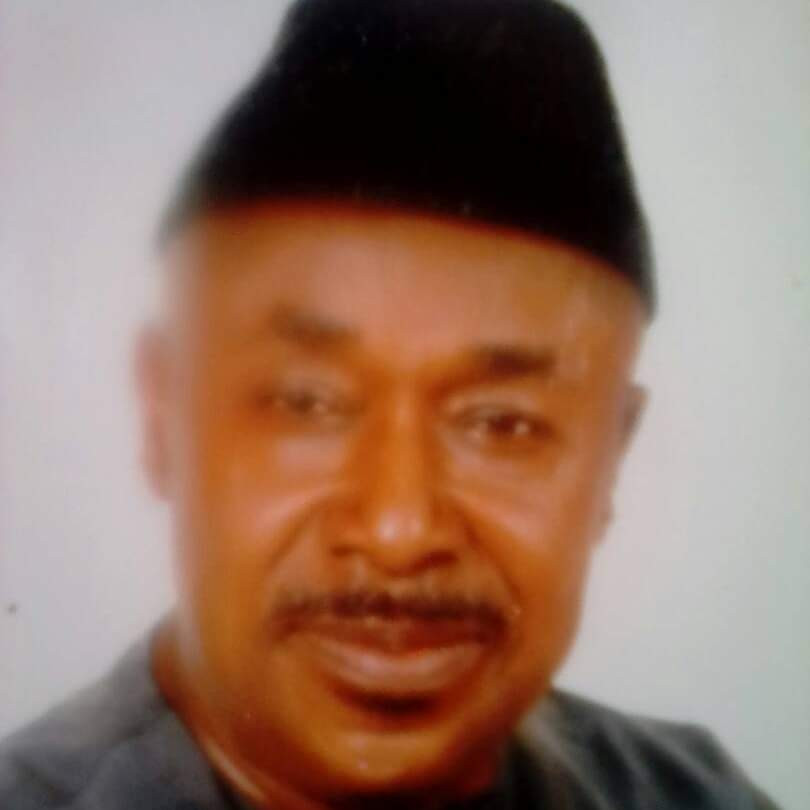 Mr Oganiru has maintained his innocence and said on numerous occasions that he never killed his multimillionaire wife.

At the time of this report, his net worth are  unavailable.

The Owerri-born actor, who has appeared in over 300 films.

Rich Oganiru from which State

Oganiru is from Owerri , in Imo State.