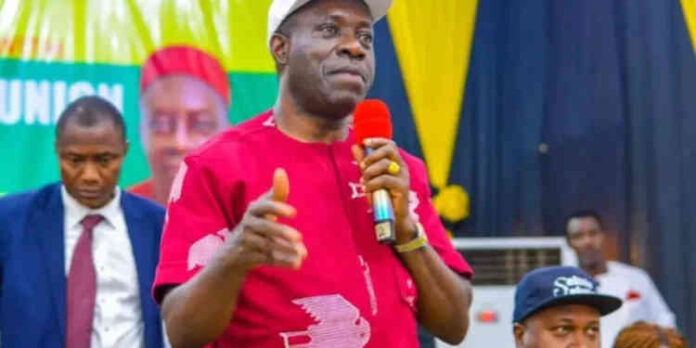 The governor of Anambra State, Professor Charles Soludo, made the statement that he would rather step down from his position than be dishonest, which is something that “most Nigerian politicians are known for.”

According to the information that was gathered by Punchnewsng.com, Governor Soludo made this statement in an article that he wrote on Monday and titled “History Beckons and I will not be Silent.”

The former CBN has pledged to discuss his thoughts in an open and honest manner in the future.

“Although I am not perfect, I have decided that rather than knowingly engage in the dishonest behaviour that is associated with politicians, I will resign from my position in the public service.

It is a vow that I have made not just to my family but also to my God.

Also Read: Soludo: Peter Obi is Only Making a way for Tinubu for 2023, Even if I campaign for him, he will not win

“Only God knows how many days I will be in this seat, but whether I am in it or not, I will always say it as it is knowing full well the suicidal consequences of telling the truth in a political arena, particularly in a country where lying and deceit by politicians have become culture and are praised as being “smart. ”

“I will always say it as it is knowing full well the suicidal consequences of telling the truth in a political arena, especially in”

Meanwhile Soludo has been attacked by “Obidients,” a term that was coined and used by Obi’s supporters to indicate their support for the 61-year-old Labour Party Presidential Candidate’s bid for the presidency in 2023.

See Also: Peter Obi is thrilling the Theatre, he can’t win in 2023 – Soludo

It came about after the governor stated, during an interview broadcast on national television, that the investment made by the presidential candidate of the Labour Party in the government of the state was “worth next to nothing.”

Kwankwaso – I’m prepared to step down if…