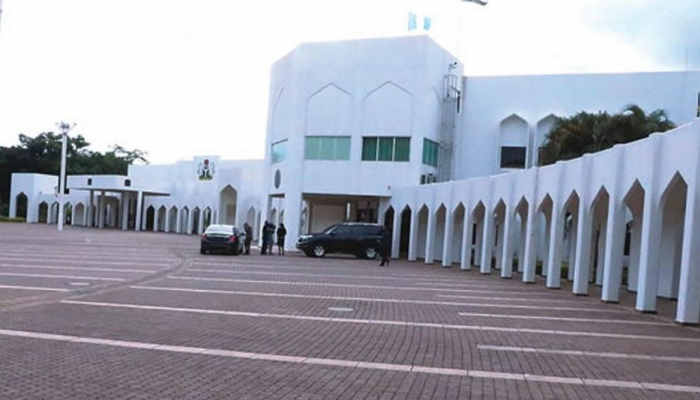 A security expert, Ladi Thompson, says moles in the government are working to collapse Nigeria.

“It seems that some elements within the government, moles within are working together with this agenda to collapse this country from within,” he said on Channels Television’s Sunrise programme on Saturday.

According to Thompson, the Federal Government’s policies of absorbing captured terrorists into the Nigerian society, failure to prosecute known terror financiers, amongst others are signs of alleged complicity.

“There are moles in high places in Nigeria and what is happening to our people is that when terrorism is being used clinically, one of its objectives is to break the will of the nation,” he emphasised.

Thompson said the alerts of imminent terror attacks in Abuja released by the United Kingdom and the United States must not be ignored.

“Abuja is a matter of time if we don’t change strategies,” he said and advised that low-tech devices should be deployed in Abuja immediately.

The security expert, however, expressed confidence that Nigeria will surmount the current security challenges.

“We will beat this thing but for us to beat this thing, the whole nation must realise that the strategy that this government is putting together has not worked (and) it is not working,” he stated.

‘Focus on The Message, Not The Messenger’

On his part, a global security analyst, Ademola Abbas urged the Federal Government to forget the messenger and focus on the message.

“Let’s for once forget the messenger and focus on the message – the message is that there is a threat to our country…We live with threats every single day,” Abbas submitted.

The US and Britain had on Sunday warned of possible terror attacks in Abuja, especially at government buildings, places of worship, schools and other centres where large crowds gather. Both countries also commenced the evacuation of their citizens from the Nigerian political capital.

However, Nigerian Minister of Information and Culture, Lai Mohammed dismissed the terror alerts, saying the government won’t be stampeded and that Nigeria is safer than in May 2015 when President Muhammadu Buhari came into office.

Disturbingly, a number of daring terrorist attacks have been recorded in Abuja in 2022 and other parts of the country. On July 5, 2022, insurgents invaded the Kuje prison in Abuja and freed hundreds of inmates including hardened Boko Haram fighters.

The marauders also in the same month attacked the advance convoy of the President near Dutsinma in Katsina State. The emboldened terrorists would later in August ambush and kill some members of the Presidential Guards Brigade in Abuja.

Similarly, on March 28, 2022, the ferocious terrorists attacked a Kaduna-Abuja train, killed scores, kidnapped many passengers and held them hostages for over six months before their eventual release earlier in October.

On June 5, 2022, terrorists also invaded a Catholic church in Owo, the hometown of Governor Rotimi Akeredolu of Ondo State, killed over 40 worshippers and injured scores of members. (Channels TV)