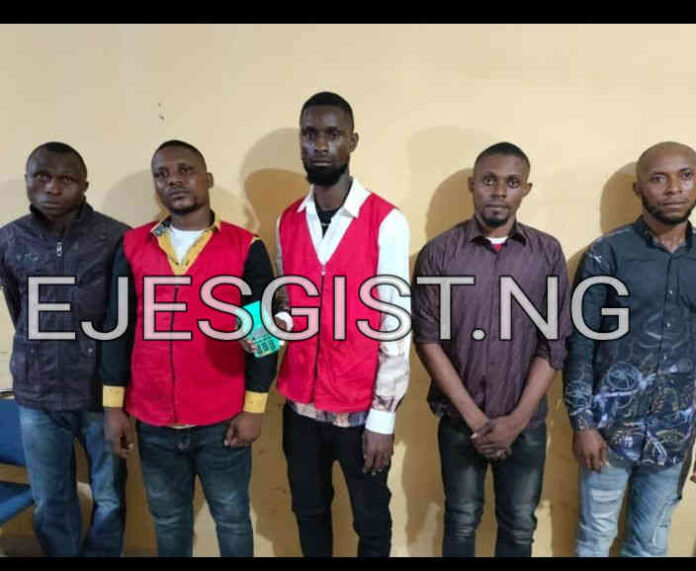 The latest about fake EFCC news can be found here

Five alleged fake EFCC operatives have been detained by police in the Delta State command.

They are accused of breaking into the homes of unwitting victims, arresting them forcibly, and demanding large sums of money.

The State Command’s police public relations officer, Mr. Bright Edafe, confirmed in a statement that the suspects were apprehended in their hiding place in Asaba, the state’s capital.

The “END EFCC” protest in Ughelli, which resulted in the burning of over thirteen trucks and the destruction of property, was partially sparked by complaints received from members of the public, particularly from youths, alleging that EFCC operatives typically break into their homes at night, forcefully arrest them, take them away, and extort huge sums of money from them.

However, the Command did not back down as intelligence gathered revealed that they may not be EFCC officers.

“On November 16, 2022, the Command received another complaint from a victim (name withheld) whose home had been raided at night by the syndicate.

They had scaled the fence to get inside the compound, broken into his apartment, and taken him away in a white Toyota Hiace bus after forcibly entering the building.

“Five additional victims came forward and informed the Command that they had been robbed of about fifteen million naira (#15,000,000). It soon became obvious that the actions were those of criminals posing as EFCC Officials.

“As a result, the Command Decoy Squad was instructed by Police Commissioner Ari Muhammed Ali to conduct an investigation, make sure they are apprehended, and ensure they are charged. In accordance with this instruction.

According to the statement, “On November 23, 2022, Commander CP-Decoy ASP Julius Robinson, acting on credible information, led operatives on a sting operation, followed them to their hideout in a Hotel (name withheld) located in Asaba where they hibernate to plan their next operation and arrested five suspects.”