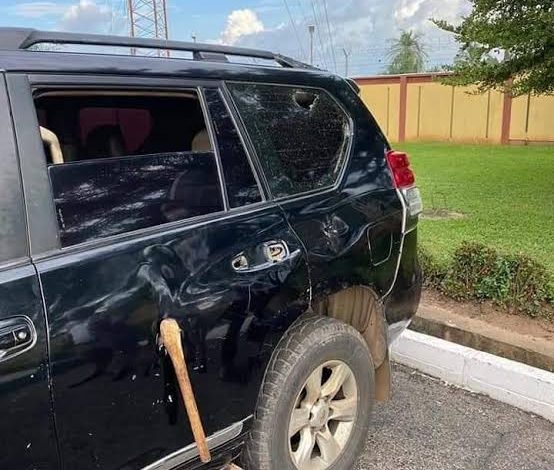 Alhassan Doguwa, the majority leader of the House of Representatives, claimed that “political thugs” attacked his convoy and vandalized his car at the Mallam Aminu Kano Airport gate.

The Majority Leader of the All Progressives Congress, APC, said that he was ambushed at the airport, and in a separate attack within the city of Kano, the attackers injured his supporters and seized his car in the Gandun Albasa neighborhood, close to Bashir Tofa’s apartment.

The tragic incident happened days after the Kano state APC chapter experienced some internal strife after Doguwa was accused of hitting Murtala Garo, the party’s deputy governorship candidate, with a teacup at a meeting.

Doguwa, however, denied attacking the deputy governorship candidate, saying he only protested against the party’s leadership for sidelining members of the National Assembly from the state in the party’s affair.

Doguwa said he was surprised at the attack because he had made peace with Garo after the intervention of the party’s presidential candidate, Bola Tinubu and the state governor, Abdullahi Ganduje.