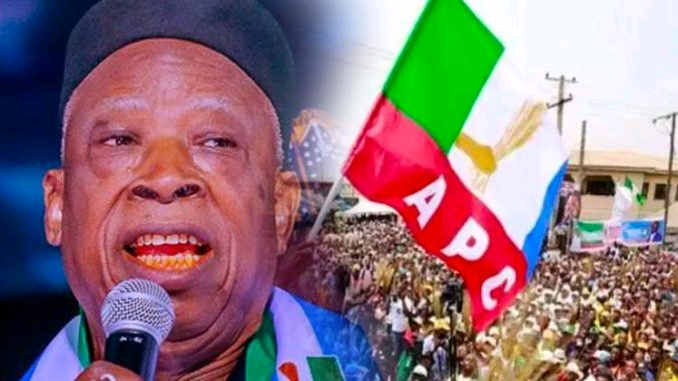 APC Chairman has been convicted by a Magistrate court.

For illegal possession of over 300 Permanent Voters’ Cards, the chairman of the ruling All Progressives Congress (APC) in Yautar ward, Kano state, has been convicted by a Magistrate court.

It was gathered that Ali was arrested in October for collecting PVCs from different people in Gabasawa Local Government Area of Kano state. He was also accused of conspiring with some other members of the ruling party to commit the offence to which he pleaded guilty. An action in contravention of section 22 (a) of the Electoral Act, 2022 as amended.