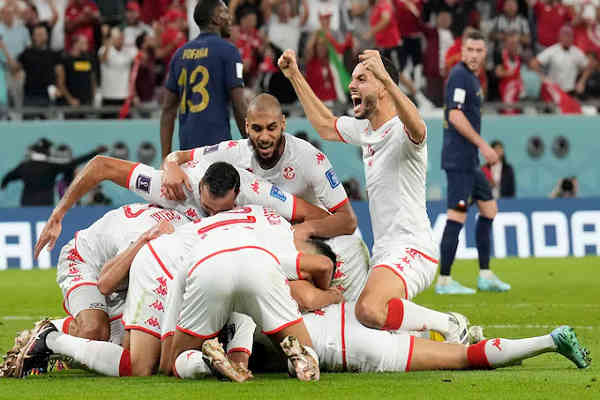 One goal from Wahbi Khazri was all that was needed for Tunisia to pull off the upset against France, but even that victory was not enough for the north African team to advance to the next round.

Khazri scored the game-winning goal for Tunisia in the 58th minute despite the attention of a swarm of defenders, giving Tunisia only their third victory in six World Cup appearances.

France, who made nine changes from the team that defeated Denmark and had already qualified for the knockout stages, finished top of Group D on goal difference over runners-up Australia, who defeated Denmark 1-0 at the same time.

France will now face the runners-up from Group C, which includes Argentina, Poland, Saudi Arabia, and Mexico, in the final match of the day on Wednesday.