Unbelievable! Body Of 5-Year-Old Girl Discovered Inside Concrete And Used As Bedside Table By Her Mum (Photo) 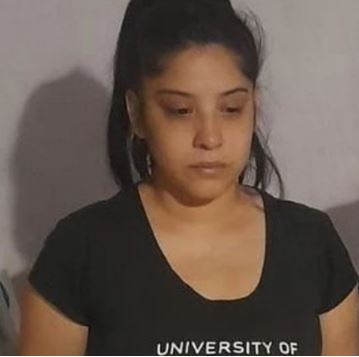 A really shocking development involves the discovery of a missing five-year-old girl’s body in an absolutely unbelievable location.

Her mother was using a wooden box filled with cement as a bedside table when the body was discovered inside.

Milagros Nazareth Martin’s body was found by police in Buenos Aires, Argentina, after her worried father contacted them because he had not seen her in months.

Vanesa Mansilla, the mother of the child, is reportedly accused of “culpable homicide”

According to reports, she first informed the father that she had given the child to social services because of the unsanitary conditions in her home.

She reportedly admitted her daughter had passed away but claimed she had no idea what to do and was “scared” when police arrived to search her home.

She is said to have placed the body in a bag, which was then placed into a box that was filled with cement taken from a nearby construction site out of fear that her other two children, who were aged three and seven, would be taken from her.

According to an investigator, “She used the box with the body inside as a bedside table in her bedroom,” 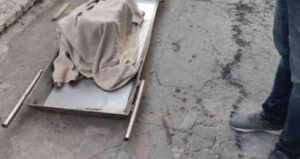 Milagros needed a tracheostomy and a nasogastric tube due to pre-existing illnesses, which led to a post mortem examination that revealed she had died from a respiratory infection.

“So far there is no record of previous complaints of gender violence.” a judicial spokesperson said.

Telam was informed by an investigator that the mother had first informed the girl’s family of her death.

The investigator stated, “She claimed that everything occurred one afternoon after bathing her kids.

“When she awoke from her nap, she went to check on the girl, but she had already passed away. She claimed to have a runny nose and mouth drool.”

Those relatives reportedly alerted the authorities, who then ordered the emergency search.

According to reports, Milagros’s two brothers have been given their grandmother’s custody.

Thanks for using our platform to learn about the latest Naija News on Unbelievable! Body Of 5-Year-Old Girl Discovered Inside Concrete And Used As Bedside Table By Her Mum