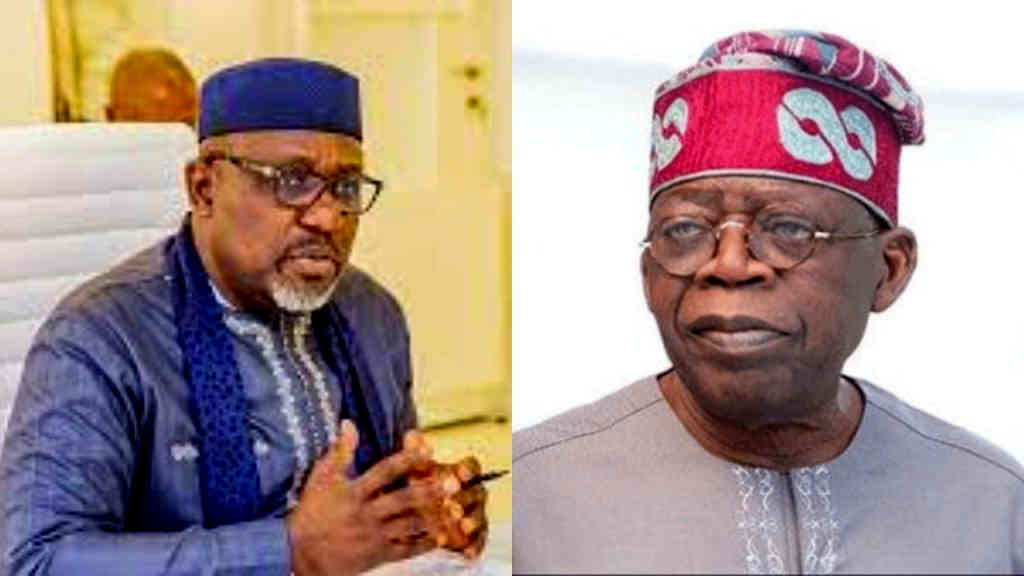 The full details of what Rochas Okorocha said about Bola Tinubu on Arise TV that triggered his arrest has emerged.

Rochas Okorocha, the former governor of Imo State, said that Bola Tinubu, the National Leader of the All Progressives Congress (APC) and a candidate for the presidency, thinks that the party should give him the Presidential ticket as a way to make up for what he did for the party.

Read Also : Is Tompolo dead or alive? Here’s what you need to know as reports of his death circulate.

According to Okorocha, who is also a presidential candidate for the All Progressives Congress, Tinubu is in distress.

This was expressed by the Senator representing Imo West during an interview on Arise TV.

He was asked by Arise TV Presenter “what is his take on Booa Ahmed Tinubu’s Presidential ambitions?”

Read Also : “No conscience”, Wike Slams ex-Ministers Rotimi for seeking to be president

He said: “I think it’s just natural, and that everybody should know, and I don’t know what’s behind the mind of Tinubu, but I respect him a lot. But I think Tinubu is in distress because he feels that it’s a time to compensate him on the basis of the role he played in the formation of APC, which some of us were part of.”

“So, everybody has a reason why they’re coming out, and these things define power and strength.”

“He [Tinubu] believed that he has made people and this is the time people should allow him or make him or something.” More like a reward system. ”