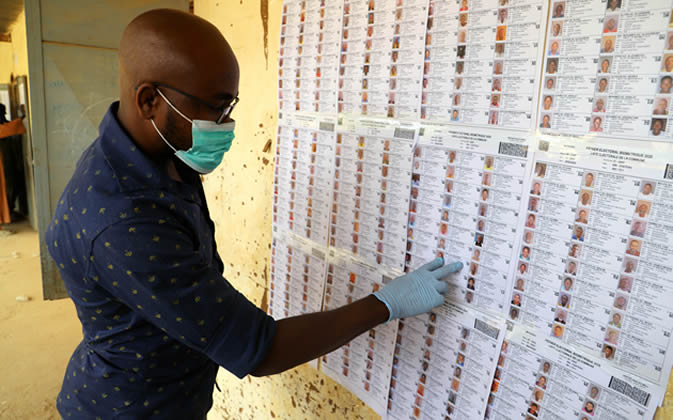 The Christian Association of Nigeria has said that the 2023 general elections may not be credible.

This is as the association described security challenges, occasioned by the criminal activities of terrorists, bandits and kidnappers in the country, as the “biggest threats” to the 2023 elections.

A statement on Wednesday quoted CAN President, Rev Dr Samson Ayokunle, as making the assertion on Tuesday evening in an interactive session between Christian leaders and the European Union delegation led by the EU Chief Election Observer, Ms. Maria Arena.

The statement was titled, ‘Insecurity in the country is the biggest threat to 2023 elections – CAN … Ayokunle Declares First Week of March as Week of Soul Winning’.

“The EU Delegation wanted to know the position of the Association on the preparation of all the stakeholders – the Independent National Electoral Commission, the security agencies and the political parties,” the statement added.

Ayokunle, who also doubles as the Co-Chairman of the Nigeria Inter-Religious Council, explained that the security situation in the country might not allow the general election to be credible, free and fair if the voters are not allowed to go out to exercise their inalienable rights because of fear of being harmed or kidnapped or killed.

“We call on the Federal Government and the security agencies to wake up to the security challenges in the country where terrorists, bandits and kidnappers are operating with impunity and nowhere is safe and secure again. If the trend continues, many voters may not participate and the outcome of the election may not be credible,” the CAN president said.

He observed that “the government appears to be struggling to nip the ugly situation in the bud, their present effort is far from being enough. We have been struggling with this situation now for the past thirteen years, yet, we are still where we are!”

He also called on the Independent National Electoral Commission to be apolitical in the assignment and asked the members of the commission who are card-carrying members of the ruling party to step down or be flushed out in order to avoid compromised election results.

Ayokunle tasked INEC to borrow a leaf from its counterpart in Gambia where their recently-conducted elections were “far better” than Nigeria’s elections.

“Gambia’s elections were more credible, free and fair. It was also free from security harassment and there was a level playing field for all the parties involved.

“We are supposed to be doing better because we have more resources and more capacity than Gambian,” he added.

Moment Portable Allegedly Knocks Woman Down With His Car While Driving...

The well-known Nigerian recording artist Portable is currently making headlines for all of the wrong reasons. It is alleged that the Zazu Zeh Star, who...