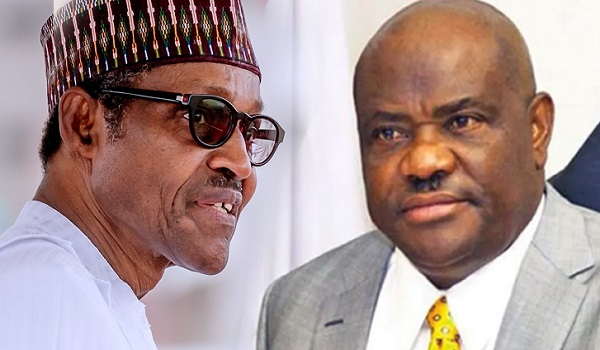 Wike dump Atiku and and other PDP Governors

Rivers Governor Nyesom Wike has invited President Muhammadu Buhari and the Presidential Candidate of the Labour Party (LP), Peter Obi, to inaugurate some projects in the State.

Also invited for project inauguration is a former National Chairman of the All Progressives Congress (APC) and former Edo Governor, Adams Oshiomhole.

The Governor, who was recently conferred with a Distinguished Award in Infrastructure by President Buhari is set to inaugurate over 16 completed projects, including world-class multi-billion health and educational projects from November 14 to December 2nd.

A list of project inauguration sighted by the Nation showed that Buhari represented by one of his aides would inaugurate the tastefully finished and furnished world-class Nabo Graham Douglas Campus of the Nigerian Law School, Port Harcourt, in Obio-Akpor Local Government Area, on November 18.

Obi, who is also a former Anambra Governor, has been scheduled to inaugurate the Nkpolu-Oroworokwo Flyover in Port Harcourt on November 16th.

Oshomhole, a frontline campaigner of the APC Presidential Candidate, Asiwaju Bola Ahmed Tinubu, was invited to inaugurate the Rumepirikon Flyover on November 15.

It was observed that Oshiomole’s invitation had sent tongues wagging following his estranged relationship with Wike especially at the build-up to the second term election of the Edo State Governor, Godwin Obaseki.

Wike had publicly apologised to Oshiomole for all the tantrums he threw at him while working to secure a second term for Obaseki, whom he later described as a serial betrayer.

The Chief Justice of the Federation is billed to open the newly completed Federal Judicial Commission Liaison Office and Justice Mary Odili Judicial Institute while the Inspector-General of Police is scheduled to inaugurate the Police Intelligence Centre.

Other projects in the list had yet to be assigned persons to inaugurate them by the governor.

WAEC Delist 50 Schools in Oyo, APC Fumes Slams Makinde as the Cause

BREAKING: Hushpuppi Sentenced To 11 Years In Prison in USA