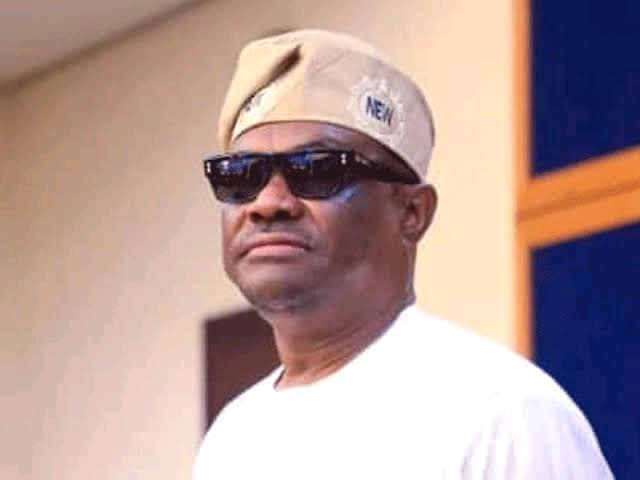 A PDP chieftain has vowed to bring Governor Nyesom Wike down

Senator Ned Nwoko has promised to take down River State Governor, Nyesom Wike, as soon as he leaves office in six months.

The duo had been engaged in a verbal war where Wike had aimed a dig at Senator Nwoko for $418 Paris Club refunds.

Respondent to the governor in a statement issued by his Media Directorate but personally signed by him, Nwoko claimed it was only a matter of time before the governor was jailed for being corrupt.

The senator claimed to have infallible evidence that the governor collected huge funds and squandered them on frivolous travels and trips.

Nwoko also claims that rather than accept the blame for his loss of the presidential ticket of the People’s Democratic Party (PDP), Wike has been playing a blame game and he has what it takes to humble him.

The statement partly reads, “Let Wike delude himself in a bogus gubernatorial robe. By six months, he would descend into a commoner, stripped of all immunity, bare from boastful manners and haughty airs. Prince Ned Nwoko, a civil fellow who has never been on the street with Wike would then compel him to answer questions about his litany of lies and corrupt misdeeds. He is poised, resolutely waiting to bring the Rivers State governor to justice very soon.

“Since Wike lost the PDP presidential ticket and failed nomination for the Vice presidential slot because of his brash and unreliable temperament, he has been weeping, nagging on Television and every forum. Rather than lick his self-inflicted wounds remorsefully, he chose an inglorious path of blame game and transferred aggression. How pitiable for a fake emperor tumbling like the old nursery rhyme clown Humpty Dumpty.

“We hereby wish to emphasize for the avoidance of doubt that no external influence whether overtly or covertly moved Prince Ned Nwoko to challenge Wike’s excesses as the Star Prince of Anioma is a man of his clout, unaffected and independent by nature.

“He is driven by the conviction as a pioneer and strong stakeholder in PDP, that an unhinged Wike, a latter-day political noise maker, and opportunist has become a power-drunk bull in a China shop who must be decisively handled before he plots more divisive embarrassment.

ABOUT US
Ejes Gist News is a trusted and registered online news platform, and you should only read news from people who know what they're talking about.
Contact us: [email protected]
FOLLOW US
© 2022 Ejes Gist Ng | Alright Reserved | Published by Ejes Gist Media Limited
MORE STORIES
Health Tips

Alarm Over Rise in Skin Bleaching Among Nigerians