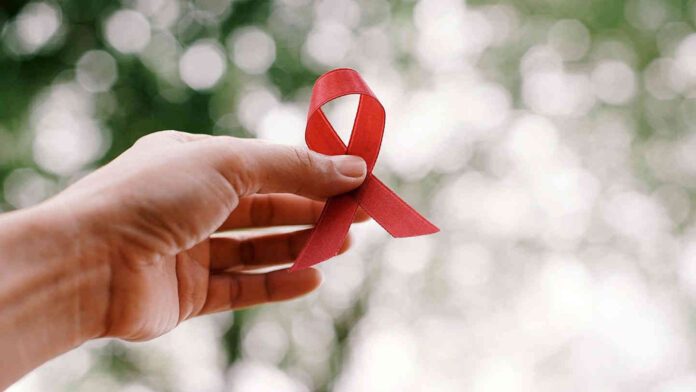 World AIDS Day: The Joint United Nations Programme on HIV/AIDS (UNAIDS) has stated that because of inequality, the world may not reach the AIDS-related global targets that have been set.

The AIDS response is in danger, UNAIDS warned earlier this year, as new infections are increasing and deaths are still occurring in many parts of the world.

However, a recent UNAIDS report titled “Dangerous Inequalities” demonstrates that the AIDS response can be put on track if quick action is taken to address inequalities.

According to UNAIDS, 1.5 million new HIV infections occurred in the same year that 650 000 people died from AIDS.

This inequality in treatment access between adults and children is a major barrier to the fight against AIDS.

“In 2021, children made up 15% of all AIDS-related deaths but only 4% of all people with HIV. It will save lives if the treatment gap for children is closed.

Additionally, it was discovered that key populations are suffering from discrimination, stigmatisation, and criminalization, which is claiming lives and keeping the world from meeting agreed-upon AIDS targets.

According to the report, a feminist road map is the only one that can effectively lead to the eradication of AIDS, the attainment of sustainable development goals, and the assurance of health, rights, and shared prosperity.

The report showed how harmful gender norms and gender inequalities are impeding efforts to put an end to the AIDS pandemic and suggested that fiscal space for health investments in low- and middle-income countries be increased.

This could be done, for example, by substantially cancelling debt and enacting progressive taxation.

The study also revealed that neither in western and central Africa nor in eastern and southern Africa did new infections among gay men or other men who have sex with men significantly decline.

The UNAIDS claims that because HIV is contagious, failure to address important populations undermines the entire AIDS response and contributes to the slowing of progress.

The study that identified inequalities as the fundamental barrier to putting an end to the AIDS pandemic demonstrated how world leaders can address those inequalities and urged them to be courageous in acting on the evidence.

“Dangerous Inequalities explores the effects of gender inequality, population-specific inequality, and inequality between children and adults on the AIDS response. It explains how the difficulty of addressing those inequalities is increasing as a result of worsening financial constraints.

It was noted that over 68 nations still forbid same-sex relationships and that gay men and other men who engage in sexual activity with men who reside in African nations with the strictest laws are more than three times less likely to be aware of their HIV status than are their counterparts in nations with the laxest laws, where progress is much more rapid.

Compared to nations where sex work is legal or partially legalised, sex workers who live in nations where it is criminalised have a 7 times higher chance of having HIV.

In response to the new report, Winnie Byanyima, executive director of UNAIDS, stressed the importance of addressing the intersecting inequalities women experience and said that the world cannot defeat AIDS while sustaining patriarchy.

“What world leaders need to do is crystal clear,” she remarked.

Simply put: Equalize. Equalize access to services, rights, and the most advanced medical and scientific knowledge. Equalizing benefits everyone, not just the disadvantaged.

All will benefit from it. Women who experience intimate partner violence have a 50% higher risk of contracting HIV in areas with a high HIV prevalence.

ABOUT US
Ejes Gist News is a trusted and registered online news platform, and you should only read news from people who know what they're talking about.
Contact us: [email protected]
FOLLOW US
© 2022 Ejes Gist Ng | Alright Reserved | Published by Ejes Gist Media Limited
MORE STORIES
Business