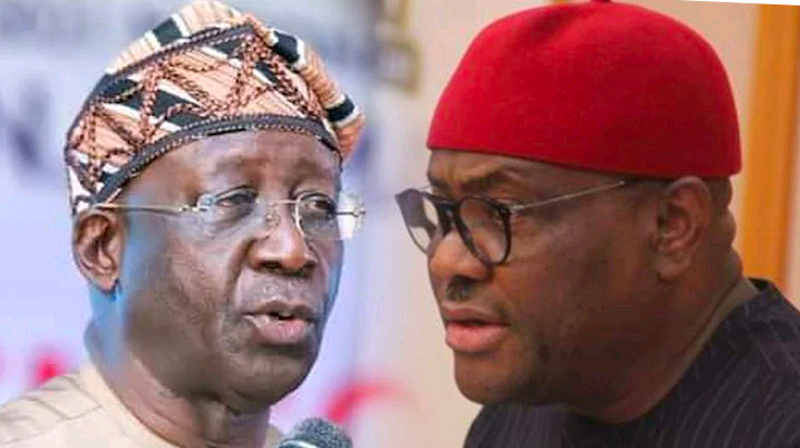 Governor Nyesom Wike who spoke to journalists in Port Harcourt on Sunday reacted to statements credited to PDP National Chairman that Ayu has the right to stop those fighting him from contesting the 2023 election.

Governor Nyesom Wike said that the PDP National Chairman has no power to stop any candidate from contesting an election.

” Nobody said he is sacking anybody what we are saying is that he should keep to the agreement. If you said that you are not keeping to the promise, no problem. I heard when he said that he would have stopped Ortom from contesting, a man that brought you and pleaded that you should be made Chairman. Ortom stood as a guarantee for Ayu to become the National Chairman of the PDP. I dare Ayu to stop anybody from contesting the election.

He continued, “I dare him to come to Rivers State and stop any candidate from contesting the election. Do we really want to win election? The party is really in a dilemma. The presidential candidate of the party comes from the north and if you said that you will not keep to the agreement so be it. I will not be a party to anybody that wants to use me to be relevant.

“I have been in PDP and have never left the party. I dare him, Ayu, again to stop any candidate from contesting an election. He knows that he cannot do that he has no such power. Let him come to Rivers State and stop anybody. I dare him to do that,” he said.